What the Right To Privacy judgment means for Section 377 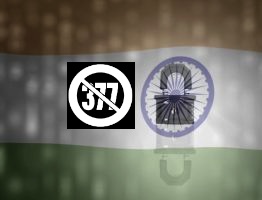 The Right to Privacy judgment [PDF link here] earlier today in no way changes the status quo in relation to Section 377. That provision continues to criminalise homosexual sex, and this will not change until the Supreme Court overturns its own judgment of 2013 (Koushal), or if Parliament acts to remove the section from the Indian Penal Code.

Yet, today’s judgment makes some critical observations, which could help in the removal of Section 377. The court recognises its own error, describing the Koushal judgment and some of its reasoning as “flawed”, “misplaced” and the sort that “cannot be accepted”. It further states that the Koushal judgment is a “discordant note which directly bears upon the evolution” of understandings on the right to privacy by the Supreme Court over the years.

What this signals is that the four judges who affirmed these statements (the other 5 judges agreed but with different reasoning and wrote separate individual supportive statements) believe that Koushal and the validity of 377 need to be seriously reconsidered.

On 377 the judgment also says that, “Consequently, we disagree with the manner in which Koushal has dealt with the privacy–dignity based claims of LGBT persons on this aspect. Since the challenge to Section 377 is pending consideration before a larger Bench of this Court, we would leave the constitutional validity to be decided in an appropriate proceeding.”

Most significantly, in the concluding portion of this main section of the judgment the Supreme Court lays down the law on privacy, stating that, “Privacy includes at its core the preservation of personal intimacies, the sanctity of family life, marriage, procreation, the home and sexual orientation. Privacy also connotes a right to be left alone. Privacy safeguards individual autonomy and recognises the ability of the individual to control vital aspects of his or her life. Personal choices governing a way of life are intrinsic to privacy. Privacy protects heterogeneity and recognises the plurality and diversity of our culture. While the legitimate expectation of privacy may vary from the intimate zone to the private zone and from the private to the public arenas, it is important to underscore that privacy is not lost or surrendered merely because the individual is in a public place. Privacy attaches to the person since it is an essential facet of the dignity of the human being.”

Vivek Divan, a Delhi-based lawyer and activist, works on issues of health, sexuality and human rights.