Orinam hails the landmark development in California, USA, where Governor Jerry Brown has signed a bill outlawing attempts to change sexual orientation or gender expression of lesbian, gay and bisexual and/or transgender minors! We hope that other states in the US, and other countries, will follow.

Recently,  the British Association for Counselling and Psychotherapy (BACP) struck member Lesley Pilkington off its rolls for offering to ‘convert’ an undercover journalist. BACP has notified its 30,000 members that it “opposes any psychological treatment such as ‘reparative’ or ‘conversion’ therapy which is based upon the assumption that homosexuality is a mental disorder, or based on the premise that the client/patient should change his/her sexuality.

In May 2012, the Pan American Health Organization (PAHO, regional office of WHO) released a statement that denounced conversion therapies as “lack[ing] medical justification and [being] ethically unacceptable.”

Attempts at reparative therapy in multiple forms are, unfortunately, alive and well in India. Parents often take their children who appear to be homosexual, bisexual or gender-non-conforming to mental health professionals, who subject them to a variety of unscientific and inhuman treatments ranging from medication to electro-shock therapy. Earlier in 2012, the Indian Journal of Psychiatry, official publication of the Indian Psychiatric Society, had an editorial on homosexuality in which they opposed attempts on the part of the psychiatry profession to change sexual orientation.

We appeal to bodies such as the Ministry of Health and Family Welfare, Indian Council of Medical Research and professional medical associations to take cognizance of these developments. If you are concerned about reparative therapy in India, consider signing on the the Campaign for Open Minds as an LGBT community member , friend/ family member/ ally or  a healthcare provider – there’s a letter for each of these. 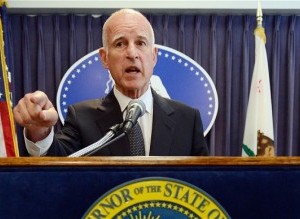 (San Francisco, CA, September 29, 2012) — California Governor Jerry Brown made history today by signing a landmark bill that will protect lesbian, gay, bisexual, and transgender youth from psychological abuse by deceitful mental health professionals who falsely claim to be able to change their sexual orientation or gender expression. With Governor Brown’s signature, California becomes the first state in the nation to protect LGBT young people from these dangerous practices, including the use of shame, verbal abuse, and aversion therapy, that place youth at high risk of depression and suicide. The law, which goes into effect January 1, 2013, prohibits state-licensed therapists from engaging in these practices with minors.

“Governor Brown today reaffirmed what medical and mental health organizations have made clear: Efforts to change minors’ sexual orientation are not therapy, they are the relics of prejudice and abuse that have inflicted untold harm on young lesbian, gay, bisexual and transgender Californians,” said Clarissa Filgioun, Equality California board president. “We thank Senator Ted Lieu and Governor Brown for their efforts in making California a leader in banning this deceptive and harmful practice.”

Added NCLR Executive Director Kate Kendell: “Governor Brown has sent a powerful message of affirmation and support to LGBT youth and their families. This law will ensure that state-licensed therapists can no longer abuse their power to harm LGBT youth and propagate the dangerous and deadly lie that sexual orientation is an illness or disorder that can be ‘cured.'”

Ryan Kendall, a survivor of the practice who testified in the Perry v. Brown legal challenge to Proposition 8, described his experience earlier this summer to the Assembly Business, Professions and Consumer Protection Committee: “As a young teen, the anti-gay practice of so-called conversion therapy destroyed my life and tore apart my family. In order to stop the therapy that misled my parents into believing that I could somehow be made straight, I was forced to run away from home, surrender myself to the local department of human services, and legally separate myself from my family. At the age of 16, I had lost everything. My family and my faith had rejected me, and the damaging messages of conversion therapy, coupled with this rejection, drove me to the brink of suicide.”

The National Center for Lesbian Rights is a national legal organization committed to advancing the human and civil rights of the lesbian, gay, bisexual, and transgender community through litigation, public policy advocacy, and public education. http://www.NCLRights.org

Equality California (EQCA) is the largest statewide lesbian, gay, bisexual, and transgender advocacy organization in California. Over the past decade, Equality California has strategically moved California from a state with extremely limited legal protections for lesbian, gay, bisexual and transgender people to a state with some of the most comprehensive human rights protections in the nation. Equality California has partnered with legislators to successfully sponsor more than 85 pieces of pro-equality legislation. EQCA continues to advance equality through legislative advocacy, electoral work, public education and community empowerment. http://www.EQCA.org