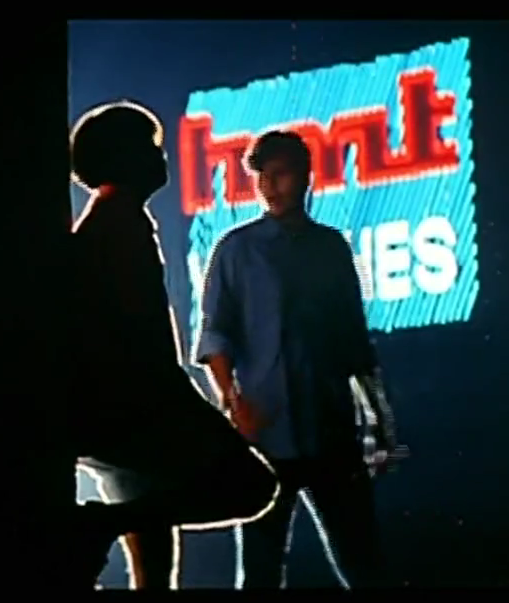 I was in the 2 by 2 (the unofficial ‘gay’ compartment) of a local train coming home from Chhatrapati Shivaji Terminus, Mumbai. A guy jumped in just as the train was leaving CST station and stood very close to me. Youthful in his looks, with a pleasant demeanor, he caught my attention immediately. His gaze locked into mine in that timeless ritual of acknowledgement of our unspoken desires. As luck would have it, my boss called me on my cell at that very moment and I had to answer.

After I had finished my cell-phone conversation with my boss he continued his advances. By and by he asked me, “Where are you getting down?”, in English.

“Then I, too, am getting down there today” he said smiling.

He had a soft, honest face and I did not get perturbed by this development.

At Vidya Vihar we walked towards the RajaWadi garden. It was past 7 pm, and dusk had already settled in on this November Saturday evening. Amit said that he was born and schooled in Kashipur. His father was a headmaster in the school he studied. His first realization that he was gay came at the tender age of thirteen. His neighbor and friend Vipin, who was of the same age, liked to spend a lot of time with Amit. They would sleep in the same bed and, eventually, one thing led to another. Amit fondly recollected the days, months and years that he spent loving his friend. They had never heard the word “gay”,  yet their thoughts and acts together were the same as any homosexual teen in Denmark, or anywhere else in the world.

“It was always Vipin”, sighed Amit, sitting down on the park bench, “morning, noon and night.”

I sat beside Amit. He seemed to have lost himself in his thoughts; I don’t know if he remembered that there was I, a stranger, sitting by him listening to his reverie.

“Vipin on my bed. Vipin hugging me. Vipin and I, making love. I love you Vipin!” A single tear rolled down his eye. “That dreadful evening! The evening it all ended. Vipin fell over the rooftop trying to retrieve his kite. I can see it Deep! I can see it happening in front of me. Oh God! He is falling now!” Amit’s anguish was so powerful that it seemed I was transported to that place and time.

Suddenly I was no longer sitting on a stone bench at Rajawadi garden in Mumbai on a November evening in 2004. Suddenly we were back in Kashipur. I could see Amit’s love, his very heart, falling to his death. Vipin had smashed his head on the culvert and died instantly. In his breast pocket he had a picture of Amit and him together. Amit had to stop narrating at this point because he was so choked with emotions. I patted his arm in consolation.

“I was 20 at that time. Over the next few months I nearly lost my mind with grief”, continued Amit morosely. “I was brought to a local hakim. He prescribed marriage. I could barely manage to whisper my protests to that. My parents would hear none of it.”

Amit’s voice dropped to a dry rasp. “I pleaded with my illiterate mother to let me off. I wanted to kill myself. Seeing my suicidal tendencies my father got even more alarmed. They snared a demure lass of 18 from the next village and sat me down with her in the marriage `mandap’. I didn’t know what was happening to me! In my pocket I still had the picture of Vipin and me as the lass put the garland of marriage around my neck. Later that night, when I saw her undress, I started sobbing hysterically. She got scared and ran out of our bridal chamber to my parents.”

Amit was silent for a while as the memories got too much for him. He seemed to realize then that there was me sitting next to him on that bench. He clutched my wrist.

“I couldn’t help it Deep! I just couldn’t get myself to touch Geeta. Please forgive me God. I couldn’t touch her!”

One evening, when Amit came home from work he found Geeta hanging by her neck in their bedroom. The whole village came to watch their sorrow and condemn Amit and his hapless parents. The police got involved, as they suspected that it was a case of dowry death. They interrogated Amit and his old parents for seven long days and nights. When they were let go, the villagers wouldn’t let the family stay in their village. Amit’s father committed suicide by drinking pesticide. His mother just gave up living over the next few months. Amit was left all alone with a set of hostile neighbors. When things got too much for him, he ran away to Mumbai. That was a year ago.

Amit took a small photograph out of his breast pocket and proffered it to me. It had a beautiful lad holding Amit in his arms looking into Amit’s eyes. The photograph was smudged with tears.

“I have kept Vipin close to my heart Deep! All this time”.

It was getting darker and we got up.

He suddenly seemed in a hurry to leave the garden. He seemed to realize that he had been talking to an absolute stranger and probably felt embarrassed.

We got in the train at Vidya Vihar together. I was going to Mulund – my home. Amit, I still wasn’t sure.

“Do you know what day it is today?”, Amit asked me in the train. “It’s the day Vipin was snatched away from me”.

I was shocked and felt very uneasy. There was something amiss in the way Amit was sidling away from me towards the door. The crowd boarding at Ghatkopar pushed us apart. The train gathered momentum.

Suddenly I heard cries of “gir gaya!”, he’s fallen down! I pushed my way through the door way. Amit was lying by the tracks, his head a bloody mess, the speeding train already sending the dreadful site receding into darkness.

I can never forget that murky evening till the end of my days. The day a homosexual man lost his life on the alter of a murky custom called heterosexual marriage.

Sandeep is an IT professional who calls Mumbai his home. Apart from books on software he loves to read novels, especially science fiction, and books on psychiatry and the paranormal. He occasionally finds it within himself to pour forth his emotions on MS Word. For those few hours that he is typing, he is living his characters. Sandy, as he likes to be called, also lends a sympathetic ear to whoever wants to vent out their joys and sorrows. Sandy has been gay all his life and proud of it too. An animal lover and a chocoholic, he loves going for long walks with his friends. A volunteer for Mingle, he can be reached at sandeep@mingle.org.in

← Previous post
How to Tell A Trans Person They are Beautiful
Next post →
Fiction: Friends and Lovers