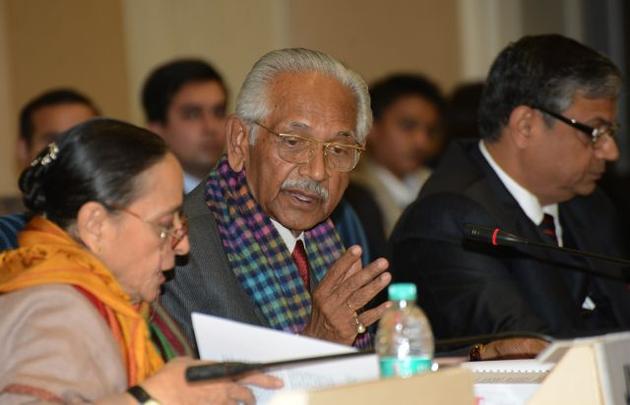 Jan 24, 2013: The committee of Justice JS Verma, Justice Leila Seth and Gopal Subramaniam has released its report on amendment of criminal law surrounding rape in India. The report, released Jan 23, 2012, is may be download by clicking here.

The committee, constituted in the wake of the brutal Delhi gang rape of Dec 2012, received input from diverse communities, including legal experts, women’s groups, LGBT groups and others around the world.

The Committee proposes the following reframing of Section 375 (rape) definition as follows:

(i) any part of his body including his penis or,
(ii) any object manipulated by him, except where such penetration is carried out for proper hygienic or medical purposes; or,

(b) manipulates any part of the body of a person so as to cause penetration of the vagina or anus or urethra of another person; or,

Firstly.—Against the person’s will; or,

Secondly.— Without the person’s consent; or,

Thirdly, With the person’s consent, where such consent has been obtained by putting the person, or any other person in whom the person is interested, in fear of death or of hurt; or,

Fourthly.— With the person’s consent, when the man induces the person to consent to the relevant act by impersonating another man to whom the victim would have otherwise knowingly consented to; or,

Fifthly, With the person’s consent, when at the time of giving such consent, by reason of unsoundness of mind or intoxication or the administration by the man personally or through another of any stupefying or unwholesome substance, the person is unable to understand the nature and consequences of the action to which he/she gives consent; or,

Sixthly, When the person is unable to communicate consent either express or impliedly.

Among the comments of the Justice Verma committee are the following observations on sexuality:

“65. We must also recognize that our society has the need to recognize different sexual orientations a human reality. In addition to homosexuality, bisexuality, and lesbianism, there also exists the transgender community. In view of the lack of scientific understanding of the different variations of orientation, even advanced societies have had to first declassify ‘homosexuality’ from being a mental disorder and now it is understood as a triangular development occasioned by evolution, partial conditioning and neurological underpinnings owing to genetic reasons. Further, we are clear that Article 15(c) of the constitution of India uses the word “sex” as including sexual orientation.”

The Commission affirms Naz on Page 54:
“Thus, if human rights of freedom mean anything, India cannot deny the citizens the right to be different. The state must not use oppressive and repressive labeling of despised sexuality. Thus the right to sexual orientation is a human right guaranteed by the fundamental principles of equality. We must also add that transgender communities are also entitled to an affirmation of gender autonomy. Our cultural prejudices must yield to constitutional principles of equality, empathy and respect.”

The Committee further notes [Page 406] that:

“a. Sexuality is a fundamental aspect of human life;

c. Sexuality can be diverse; and

d. The rules which govern sexual behaviour differ widely across, and within, cultures and individuals.

f. Children need to be able to access informed, non-prejudiced sources on sexuality.

Challenging the perception of sexuality as being purely heterosexual is an ongoing agenda for lesbian, gay, bisexual and transgender (LGBT) activism and for counter-socialisation efforts. Collaborating or networking with LGBT activists is a beginning to understanding different sexuality experiences.

a. There must be a reduction of misinformation, be it through internet of misleading advertising;

b. Correct knowledge must be disseminated in respect of sexuality and sexual choices, without enforcing gender stereotypes;

c. The skills of children and young adults to make informed decisions need to be nurtured;

d. Perceptions and social norms need to be relooked at and revamped;

e. Children and young adults must be encouraged to increase communication with and within peer groups.

f. The use of theatrical resources and films in school workshops has proved to be extremely effective in gauging students’ responses towards understanding of gender relations and we recommend use of audiovisual material to encourage respect and understand for all genders/sexes.”

Finally, on the subject of gender-neutral laws, the Committee notes on Page 416 that

“Since the possibility of sexual assault on men, as well as homosexual, transgender and transsexual rape, is a reality, the provisions have to be cognizant of the same.”

Orinam notes: We are in overwhelming  agreement with the points raised by the Justice Verma committee, as they propose to make the law fully inclusive of the various forms of sexual assault  faced by women and LGBT people, moving beyond narrow definitions of rape that existed before, bringing marital rape within its ambit, and pointing out the violence inherent in such archaic methods as the two-finger test.

However, we wish to caution against use of the terms “homosexual, transgender and transsexual rape” as these are subject to misinterpretation concerning  the presumed sexuality and/or gender identity of the perpetrators and/or survivors.

Further, pervasive homophobia in society causes many victims of male rape to remain silent on it, because of fear and shame associated with being labeled homosexual. We refer interested readers to Sandesh Sivakumaran’s article on the issue.

We also draw attention to many studies reporting that children who are effeminate boys, masculine girls and gay/lesbian/bisexual or transgender adults face disproportionate risk of sexual assault and rape, mostly from adult men who are not homosexual/bisexual themselves.

Given the above considerations, we suggest that a suitable rephrasing would be “male-on-male rape and rape of gay/lesbian/bisexual/transgender persons.”

Rothman, Ellen and others. 2011. The prevalence of sexual assault against people who identify as gay, lesbian, or bisexual in the United States: a systematic review.Trauma, Violence and Abuse. 2011 Apr;12(2):55-66.