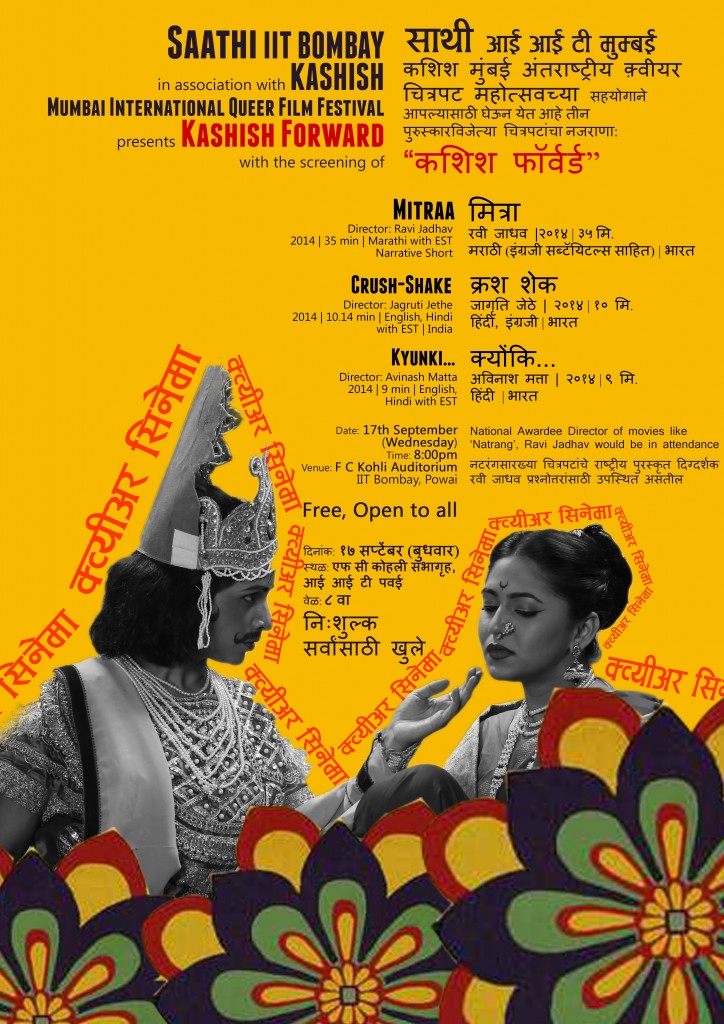 At Saathi, IIT Bombay’s LGBTQ and ally resource group, we sense the need to connect with non-queer people on the campus. Our recent event ‘Kashish Forward’ was a step in that direction: complete with bilingual posters in English and Marathi.

On September 17, 2014, we organized ‘Kashish Forward’  in association with Kashish Mumbai International Queer Festival.  Three films were screened at the event: Crush Shake (by Jagruti Jethe), Kyunki (by Avinash Matta) and Mitraa (by Ravi Jadhav). Jagruti and Ravi attended the event and answered questions from the audience.

This event was open to all, from within and outside IIT B campus. It was extremely heartening to see a full house with a 350+ strong audience. The cherry on the cake was that many in the audience were non-queer members of the IITB campus who had come to understand queer people. This, in the true way, marks the success of this event. The questions ranged from being appreciative of Mitraa to questioning the “tone” of movies when portraying queer characters.
Overall, it was  a well-spent two-hour event and it will definitely help Saathi in its cause of fostering awareness about LGBTQ issues on campus. 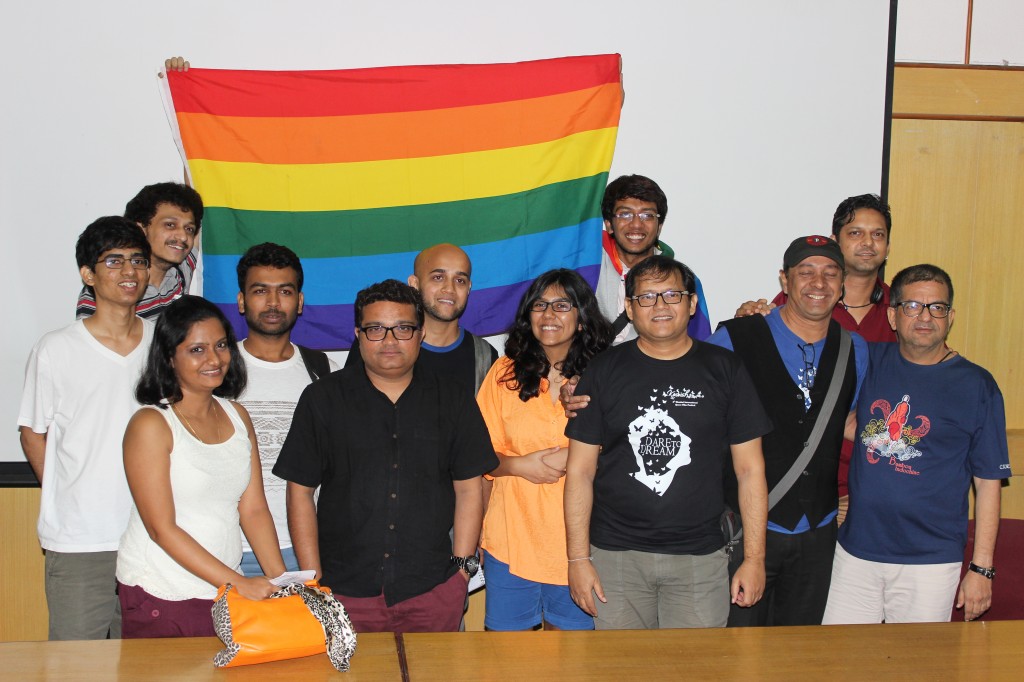 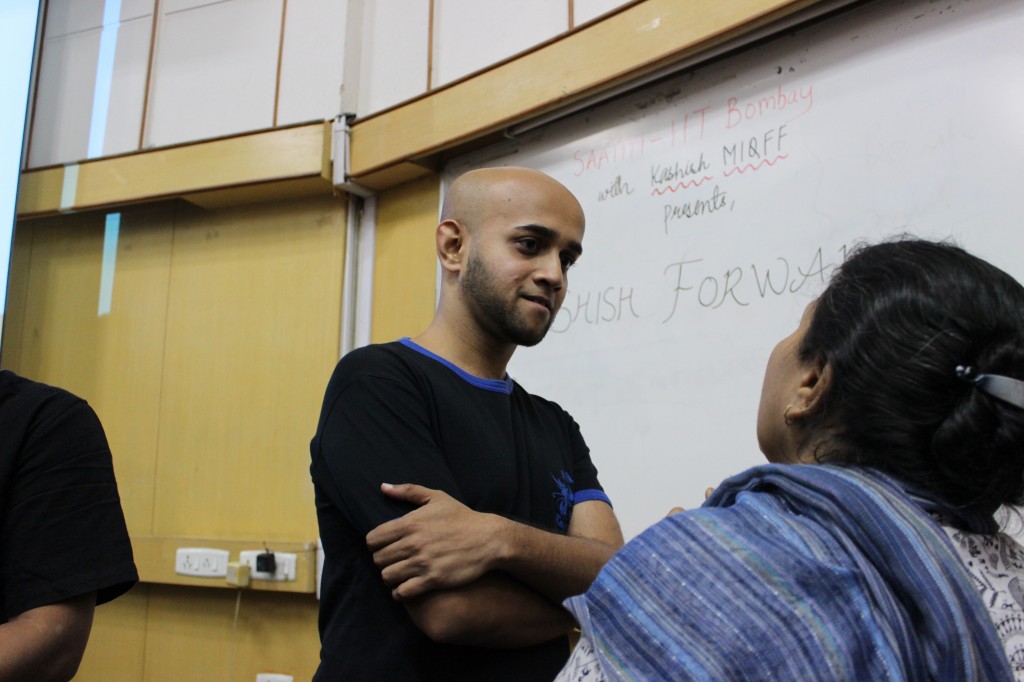 More posts referencing Saathi are here. Also, check out Orinam’s list of LGBTQ campus groups in India, and our resources for educational institutions. Also, please let us know of other initiatives of this kind.

Aaditya Joshi is your quintessential Mumbai boy pursuing his PhD in Computer Science. When he’s not being geeky, he writes blogs for a website called Love Matters sharing his experiences growing up as and being a gay man in India.

← Previous post
Govt of India asks Supreme Court to clarify/modify NALSA judgement
Next post →
The way forward for 377: Parliament and beyond