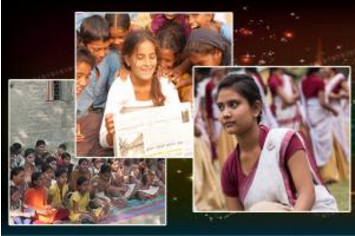 In 2015, the Government of India, in follow-up to BJP’s election manifesto, appointed a committee headed by T.S.R. Subramanian to submit recommendations for the new education policy. This committee submitted its recommendations to the MHRD on the 27th of May, 2016 and currently the MHRD is in the process of studying those recommendations to draft the National Education Policy, 2016.
After the draft NEP was finally made public, lawyers, educationists, students, and members of various communities (LGBT people, people with disabilities, to name a couple) have been studying the references to Inclusive Education that constitute a recurring theme therein.
There is absolutely no reference to including students of diverse sexualities, transgender- and gender-nonconforming students, despite a wealth of literature and published first-person accounts indicating that LGBT and gender-nonconforming students face bullying, harassment, physical and sexual violence in the education systems, and drop out at higher rates than other students.
Prof. Surabhi Shukla from the Jindal Law School has drafted key suggestions for making the NEP LGBT-inclusive. LGBT community members, students, educators and other activists have added to these suggestions, and many have endorsed it.
The letter draws on the published literature and on government documents (Ministry of Social Justice recommendations for transgender inclusion, Supreme Court NALSA verdict, UGC anti-ragging regulations that now include sexual orientation) that support the suggestions have been made.
The document is online at http://tinyurl.com/nep-lgbt  [full Google doc link here] and readers are invited to sign the editable portion of that document.

← Previous post
Is this the Transgender Persons “Prohibition of Rights” Bill 2016?
Next post →
Call for entries: Amour-Orinam queer resource listings