The report states that the two young men consumed poison on March 2, unable to bear the taunts and harassment of peers who ridiculed their close friendship and ragged them based on this.  They were rushed to the Government Rajaji Hospital, Madurai, where one passed away four days ago, and one this morning.

While they are not alive to comment on the nature of their relationship, it seems clear that the ragging they faced was motivated by homophobia. 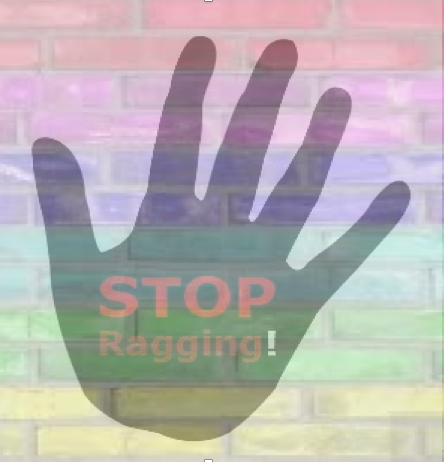 Three years ago, in 2016, the University Grants Commission published its 3rd Amendment of the Anti-Ragging Regulations. This amendment expressly prohibits ragging based on sexual orientation and gender identity (including transgender), among other factors. While most colleges and universities around the country display their anti-ragging regulations and even organise sessions on ragging during orientation for incoming batches, ignorance of this amendment –  and the vulnerability of gender-nonconforming, queer and trans students to ragging –  is pervasive (see Queerala’s study of colleges in Kerala).

Six months after the Navtej Singh Johar verdict, homophobia, lesbophobia and transphobia are alive and flourishing. They are reflected in statements by the police that same-gender relationships, though decriminalised, are against ‘our’ culture; in attempts by parents to separate their adult progeny who are in queer/trans relationships with their lovers and place them under house arrest (individuals in six such cases reached Orinam for support from Dec 2018 to February 2019); and in continuing violence faced by students in educational institutions, leading to hate crimes such as the Madurai suicides.

When will the prejudice and hate stop?

← Previous post
Response to Law Commission of India on Uniform Civil Code
Next post →
Statement on Ms. Koovagam and Vedanta