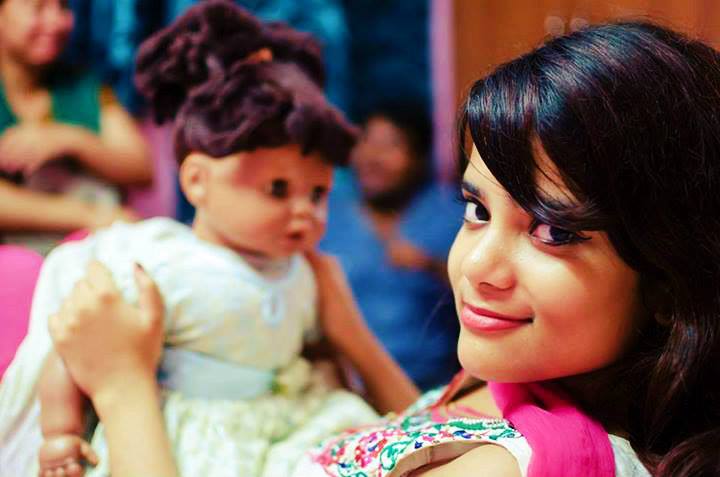 It has been a while now, since ‘My Bisexual Story’ was published. A lot has happened in that time.

The first question I was asked was how my parents reacted. Well, they did not. They looked my way and went back to their work. My sexuality – same as the fact that I have eaten beef – is news every time I mention it. My parents live in denial.

I have not dated any girl yet, so I am exempt from any biphobia they may have. Although, their reactions have never been good even when I dated boys. They would rather I didn’t date at all. However, their disapproval have never been much of an obstacle in my life. As long as I know that something is right, I do it anyway. Most times, they get used to it.

The second question was rather hilarious. My friend thought that bisexuals need to have one male and one female lover simultaneously. So, he kept asking me if I wanted a girlfriend, even though I kept saying that I already had a boyfriend. It might explain why people tend to think that bisexuals are promiscuous and unfaithful.

I told him that I don’t need to have a girlfriend and a boyfriend simultaneously. That’s the same as having two boyfriends or two girlfriends.

Another well-meaning friend asked me if I have decided what I will ultimately become, heterosexual or homosexual – Will I marry a man or a woman? A third friend had simply enquired, “Bisexual? Do you mean you are confused?” No, bisexuality is not a state of transition or confusion. It simply means that as long as you are within the gender binary, I do not care about what is in your pants.

Overall, the reactions to ‘My Bisexual Story’ have been overwhelmingly positive. People I thought I knew to be biphobic, were congratulating me and praising my article. Many others did not say anything at all. That’s okay. I was expecting to be shunned and I was not. People treated me the same, which was all I wanted. I am the same person after all. Normality is a privilege.

Then, I met my old friend. Well, what do I say about her. I entered the closet because of the way people treated her. It was not when people gossiped about her and another girl – I would gossip the same way if it was her and another boy. We were in middle school. We gossiped about everything under the sun – it was when our warden beat her and her friend ruthlessly with a ruler, took them to the principal’s office, and told them that they should get checked for sexually transmitted diseases*.

I was horrified. I realized that there was something bad about this, that it was different from dating a boy. For the first time, I saw how the world sees bisexuality. I saw the hatred and the phobia. And I tiptoed into the closet, shut myself in, resolving to stay there forever. So, yes, I only dated boys and stifled all my desire for girls – at least in public. I even tried to convince myself that I was not bisexual for as long as I could.

I met my old friend during my summer vacation and told her that it was great to be out. Because the people who matter, who are the closest to you, see you for who you are anyway. I told her about the response I got after I came out. She replied, “Yes, you stay in the UK. If I come out now, oh my god, the reaction I will get… It will be the hottest topic of discussion at my university.”

Of course. Privilege is invisible indeed.

If I had come out while I was studying in Kolkata, I would have no friends. No one would be my friend, forget about getting close enough to me to accept it. And the boys in my class. Ha. They would have a field day with that information. I would be bullied, harassed, friendless and miserable. The teachers would know too and it would be pure purgatory.

Am I brave? Maybe. Maybe not. Am I lucky? Definitely.

There are resources for the LGBT+ in India; you will find them when you seek them.

Of course, everything is not bright and sunny outside the closet, even in the West. The more I reclaim my identity as a bisexual individual, the more I realize how heavily prejudiced the world is against bisexuality. Apparently, bisexuals are one of the most invisible and least understood among the LGBT+ spectrum. There are many stereotypes and misconceptions against bisexual people, sometimes even in the gay community.

In a way, I’m glad that I didn’t know anything about bisexuality as a child. That way, to me, bisexual was whatever I was. Bisexuals were into literature and hip hop, classical music and foreign language movies. Bisexuals had male and female just-friends, and male and female more-than-friends. Bisexuals idealized love and never settled for anything lesser. Bisexuals loved to dance.

I’m glad I wasn’t exposed to the knowledge of bisexuality that is out there in the wider world. Knowing about those prejudices might have made the coming out process that much tougher and I might have been more prone to self-hate. Remember that I cried for two hours when I first came out? That was only from knowing that people considered bisexuality ‘perverse’ – not ‘greedy,’ ‘promiscuous,’ ‘confused,’ ‘unreal,’ ‘attention-seeking’ and everything else that everyone thinks.

But it is okay. We are society. Each one of us. Society will change if we demand it. All we have to do is talk. Nothing shelters prejudice better than a cloak of silence. So, talk – dispel that prejudice with your words like bullets through ignorant minds. Tell the world your story.  Show them that phobia is ignorance. And if ignorant people have nothing nice to say, maybe they should not contribute to conversations that shape so many of our lives. Show them that their phobia is shameful; our sexual orientation is cause of great pride.

BA Journalism, Media and Cultural Studies student at Cardiff University, UK. Editor of the LGBT+ section of Quench - a Cardiff students' magazine. Breaking News correspondent at news website, The Global Panorama. Passionate about political and humanist issues around the world. Avid reader and writer with a vivid imagination. Blogs at http://lotuslikemind.wordpress.com, tweets at @sugaryDEMON

← Previous post
Why should you care? Voice out against Sec 377!
Next post →
How I dealt with depression and suicidal thoughts