The first version of this essay was written in 1988: it evolved over the ’90s and was shared on queer Indian mailing lists in 1999.

Queer Madras, and sundry musings on sexuality
True, if you scout the city with the eye of an amateur ornithologist looking for a distinct subspecies called the homosexual, you are likely to conclude that it’s a rare bird or at least an elusive one. There are no bars or yuppified clubs in whose smoky recesses gay-identified men gather for an evening of dancing or cruising. Then again, Madras is hardly as exuberant as Bombay or Bangalore to begin with. 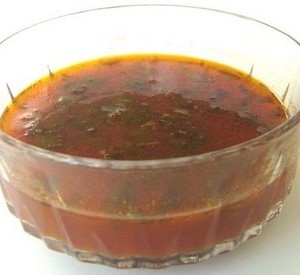 What I would include under the rubric of queerness is more subtle and far more pervasive than any institutionalized lesbian or gay identity. It’s like those flakes of tomato pulp nearly dissolved in steaming peppery Madras rasam, lurking below the surface, gratifyingly tasty yet barely palpable, and threatening to vanish if you attempt to define them or pick them out from the matrix of which they are a part and which they help constitute.

All the schools and colleges I attended in Madras had queerness so amply represented that for the longest time I firmly believed that the Indian Kinsey Zero was a mythical creature. The Catholic boys school: where the gorgeous Malayali boy in my French class missed no opportunity to make salacious body contact and out of whose notoriously clumsy hands the pen would invariably fall into my lap, affording him scope for a leisurely feel.

Even that arts-and-science college that was the bastion of Mylapore middle class conventionality may have been straight-laced but was anything but straight. Encounters between day-scholars and hostelites were all too frequent, eroticised by a sense of otherness in both parties and enacted in late afternoons in decrepit hostel rooms with windows wide open, as the coconut fronds rustled in conspiratorial bemusement.

Inter-collegiate literary, music and art competitions, especially those in which out-of-town colleges would participate, were incubators for sexual exploration. It was in one such event at a co-ed college that I met the woman with whom I was to have my first “all the way” experience, one that left me starry eyed and gazing vacantly into space weeks after she was long gone. The intercollegiate festival of a prominent engineering college had immensely popular light and Western music competitions to which the hip crowds thronged while the more paavam-fied junata stood around the periphery in their rubber chappals and gaped at the unabashed revelry. Drawn to one such event by the hype, but finding myself out of place in both of these demographic strata, I opted instead for a walk through the campus woods, where, having left behind the crowds and the smattering of boy-girl couples making out or getting stoned behind sundry bushes, I chanced upon a vigorous scene of what the French describe so delicately as soixante-neuf, involving, yup, two guys who were audibly having the time of their lives.

How can I forget the venerable music auditorium, where, at an evening concert during the 1984 December cutcheri season, I was groped by an elderly gentleman in a fine pattu veshti (silk dhoti) as his wife sat on the other side resplendent in Kanjivaram sari and oversized nose stud, blissfully unaware of what her husband was up to as she noisily and inaccurately kept time to the ongoing keertanam.

As dusk fell on the corporation playground opposite the park on Venkatanarayana Road in T Nagar, bodybuilders would trickle in to pump iron and occasionally more. At the now defunct music school operating out of a dinky garage near GN Chetty Road: while young girls were sent to acquire credentials that would enhance their future marriageability, the boys usually went of their own accord, and not a few lingered after the school closed for the evening, the mridangams and violins were stacked away and the lights turned off.

I remember the strip mall in Besant Nagar where, on one of my visits home in 1995, a former classmate whom I was meeting after a long time proceeded to demonstrate his recently acquired skills at seducing even the straightest of guys. As I looked on in wonderment, he licked his lips, fluttered his eyelashes, ground his hips, and girded his loins as he minced over to a strapping specimen of Mallu masculinity, gave him a deliberate once-over that said it all, and walked on forward and around the block. In moments, the cruisee stubbed out his cigarette, glanced furtively around, and hastened to catch up with my friend. That was the last I saw of them that evening.

The more cynical or jaded reader might inquire: what relevance do these admittedly lurid anecdotes have to our contemporary (1990s) discourses on queer identities and movements in India? Everything, in my opinion. Bear with me as I detail my argument. See, some people would be wont to dismiss the above examples as opportunistic or situational homosexual behavior that “regular” heterosexual guys would readily engage in when testosterone surged and female companionship was unavailable. To yet others, these instances would illustrate the tyranny of a society that invisibilizes gay people and allows them only such fleeting encounters devoid of emotional substance. Both these views may be partially correct, but, in my opinion, are overly simplistic as they refuse to acknowledge the inherent complexity and fluidity of desire.

Mixed in there with the libidinous teenagers and adults are individuals stuck in unhappy marriages, some male “friends” whose relationships remain invisible to most of the rest of society, not to mention the single women who deliberately acquired enough educational or professional credentials that they made themselves over-qualified for marriage in the eyes of prospective in-laws. Some of these “spinsters” live with their parents. No questions are asked about their sexual lives, of course, because it is assumed that women have no sexual desires, only sexual duties. Even parents who know what their daughters really want would prefer not to know.

There are untold tales of boys from conservative families who choose the spiritual track, sometimes leaving their homes to join ashrams or becoming vadhyars/pujaris because these options are queer enough in their unconventionality that they can allow them to escape the trappings of heterosexual marriage.

There also tales of men and woman who have unquestioningly acceded to their wishes of family and society and are not too unhappy with their heterosexual lives, but may have chosen other options had they been available.

Sure, we need gay and lesbian people to come out and identify as such, gaining acceptance within their milieux. But what about the countless others whose sexualities are more complex or fluid? By subscribing to the rigid binarism of sexual orientation most often prevalent in gay rights discourses, we deny some of the richness of human erotic experience. We also run the risk of pathologizing sexual orientation by presenting gays and lesbians as that minority that are only “that way” because they could not help it. While intending to elicit sympathy for their cause, such “born that way” arguments only serve to distance gays from the rest of society. They shove the bisexuals into one of two closets and further vitiate bipartisan politics.

Such rigid identity politics also have serious public health implications – HIV/AIDS awareness schemes that only target gay-identified men are going to exclude a large subset of the population that is not exclusively homosexual or is not gay-identified.

I am pleading for a more inclusive movement that recognizes the heterogeneity within our communities, that instead of creating “us” versus “them” polarities that only alienate, points out that some of us are also them, some of them are also us. A movement that challenges the gender inequality and heterosexism that’s at the root of not just homophobia but also institutionalized misogyny – brideburning, domestic abuse and rape. A movement founded on the premise that we have the right to choose who we love, and that it does not matter if we are guided by our hearts or politics or DNA.