Resources for Friends and Family

Resources you need to understand and accept your LGBTIQA+ loved ones

Gender: This refers to the social categories of man and woman, and to the behaviors that we consider to be masculine and feminine. Gender is expected to conform to biological sex. Hence, someone whose sex is male, is expected to look like a man and behave in a masculine manner. What constitutes “masculine behavior” or “manly appearance” may vary culturally, and may vary across history, but some features are constant. Males who do not conform to the expectations society has of men, and females who do not conform to the expectations society has of women, are considered inferior or inadequate, and can be subjected to ridicule and harassment. Such ridicule and harassment is especially severe for those whose are transgender, i.e. those whose gender is at odds with their sex. 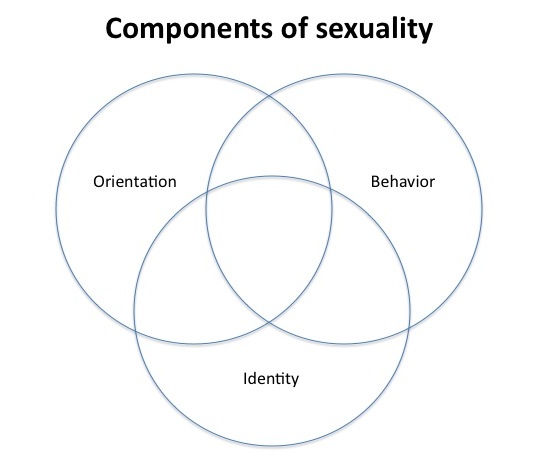 
This refers to an individual’s attraction to men, women, and/or non-binary people. Sexual orientation is not necessarily a preference for one sex over other(s); and hence the terms sexual orientation and sexual preference should not be used interchangeably.

This refers to an individual’s sexual behavior with men, women, and/or non-binary people. The concept is most often used in the public health / epidemiological context, where behavior, rather than orientation or identity, is the focus of attention.

Sexual identity refers to how individuals identify themselves. Terms such as Gay, Bi, Kothi, Double Decker, Aravani, and Straight all connote sexual identity. Sexual identity may or may not be aligned with orientation or behavior. For instance, a man may identify as straight but in reality be attracted to women as well as men.

Heterosexuality refers to attraction to members of the other gender/sex.

A sexual identity term adopted by some (but not all) people who are exclusively or predominantly attracted to those of the same gender/sex. Usually, but not always, this term is used by men. Sexual identity does not necessarily reflect sexual orientation or behavior. For instance, many men attracted to other men, or men who have sex with other men, do not use the term ‘gay’ to describe themselves because their attraction is not limited to men, or because they feel this identity term is associated with a certain culture/ sub-culture to which they do not relate. In an increasingly globalized popular culture, ‘gay’ is often treated as an orientation term, and used interchangeably with ‘homosexual’.

Men who have Sex with Men (MSM)

Men who have sex with men (abbreviated as MSM, also known as males who have sex with males) are male persons who engage in sexual activity with members of the same sex, regardless of how and whether they identify themselves. The term MSM was coined in the public health context, when it was found that interventions designed for ‘gay’ men did not succeed in reaching out to a majority of men who had sex with men who did not inhabit ‘gay’ spaces such as gay bars and clubs, and did not identify with other aspects of ‘gay’ sub-culture, often identified with white/privileged Anglophone middle-class men. In India, the government uses the term MSM in its HIV prevention programs, recognizing that huge numbers of men who fit this behavior category do not consider themselves homosexual, bisexual, pansexual or gay. While the term is sometimes considered derogatory because it defines individuals solely by their behavior, it has also grown to become a term of self-identity among some men in the Indian context.

A sexual identity term adopted by some (but not all) women who are exclusively or predominantly attracted to other women.

People attracted to both men and women. It can also be used to describe identity. In the public health context, the usage of this term is limited to describing sexual behavior. This usage leads to a lot of misconceptions, such as the idea that a bisexual is always/ concurrently having sex with men and women; or that a married man who has sex with other men is necessarily bisexually oriented. Not true. A homosexual person forced into marriage with someone of the other sex does not ‘become’ bisexual. Likewise, an individual could be in a committed relationship with one other individual (of any sex) and still be bisexually oriented and identified. Bisexuality, as the quip goes, is about “what’s in your head, not who’s in your bed”.

This term refers to individuals assigned male at birth who are actually women. Some (but not all) of these individuals opt forgender-affirmation (formerly sex-reassignment) surgery to align their external sexual characteristics with their gender.

This term refers to individuals assigned female at birth who are actually men. Some (but not all) of these individuals opt for gender-affirmation (formerly sex-reassignment) surgery to align their external sexual characteristics with their gender.

LGBT pride or gay pride is the concept that lesbian, gay, bisexual, and transgender (LGBT) people should be proud of their sexual orientation and gender identity. It is often used to describe marches, rallies and other events celebrating visibility of our communities.

Coming out is the process by which individuals accept their own homosexual or bisexual orientation or transgendered nature, and then let friends and family members know about this aspect of themselves.

Asexuality refers to the lack of sexual attraction to anyone, or low or absent interest in sexual activity*.