Resources for Law and Enforcement

Resources on laws and law enforcement relevant to LGBTIQA+ rights in India. 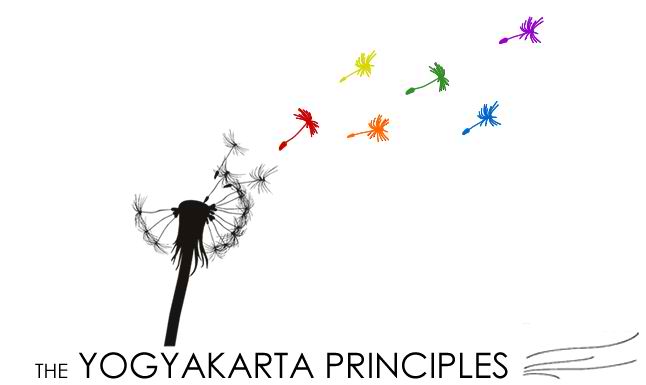 The Yogyakarta Principles are a set of principles that are meant to establish an international standard for human rights law with respect to sexual orientation and gender identity [1]. They were created to strive towards the promise of providing equality and dignity to all LGBTQ people.

Human rights violations such as killings, rape, sexual abuse, forced conversion, bullying, and denial of basic services, have been regularly directed towards people of the LGBTQ community. While this discrimination and abuse is universal, the laws and constitutions of States and other entities that are responsible for providing protection to LGBTQ people is highly variant. It could vary from a State providing full fledged equality to another State practicing active persecution of its LGBTQ citizenry.

In order to address these deficiencies in the consistency of application of international human rights laws related to sexual orientation and gender identity, an eminent group of human rights advocates unanimously adopted 29 principles that address a broad range of human rights standards and their application to issues of sexual orientation and gender identity [1]. As they were adopted in Yogyakarta, Indonesia in 2006, they were named after this city. The underlying thinking on which the principles are based is that wherever everyone is recognized as being born free and equal in dignity and rights, this should include LGBTQ people.

Some of the salient features of these principles are [1]:

The United Nations is an international organization founded in 1945, with one of its primary goals being the promotion of freedoms and rights of all people. Many member states of the UN oppose the recognition of human rights for LGBTQ people established by the Yogyakarta Principles, citing religious, cultural, and social reasons. However, there has been some positive shift in the stance of many countries lately. The UN Human Rights Council (UNHRC), which is an independent non-political expert body has questioned several judicial cases, and several laws and policies of countries on sexual orientation discrimination regularly since 1994. Since 2002, there has also been willingness in the UNHRC to receive and consider information on human rights violations against LGBTQ individuals. The UN Economic and Social Council has started accrediting NGOs that deal with LGBTQ issues. Simply put, this means that the NGOs working on LGBTQ issues are allowed to participate in the work of the UN. The human rights panel that adopted the Yogyakarta Principles included former and current UN officials. The finalized charter of the Yogyakarta Principles was launched worldwide at the 2007 UNHRC Conference in Geneva, where 54 states called for the council to act against egregious violations of the rights of LGBTQ people.

Impact of the Yogyakarta Principles:

The Yogyakarta Principles have been used in several countries throughout the world to challenge oppressive legal standards, develop new government policy, to educate the public and create general awareness. There have been several judicial proceedings and decisions around the world where the Yogyakarta Principles have been referenced [3]. For example, on July 2, 2009, the High Court of Delhi in New Delhi, India issued a landmark judgment decriminalizing consensual gay sex between adults. The judgment noted that Article 21 of the Constitution of India guarantees the rights to dignity and privacy within the right to life and liberty [4]. The Court held that Section 377 of the Indian Penal Code (IPC), which criminalized consensual gay sex, violated these rights. The Court declared the relevant part of Section 377 unconstitutional, essentially decriminalizing consensual sexual acts of adults in private.

Activist’s Guide to the Yogyakarta Principles :

An Activist’s Guide to the Yogyakarta Principles formulated by human rights activists, serves as a toolkit for activists working on LGBT issues. The main purpose of this guide is to provide an overview of the Yogyakarta Principles, and guide and enhance the work of people and organizations engaged in the promotion and protection of human rights related to LGBTQ issues [2].

[2] Activist’s Guide to the Yogyakarta Principles:

[3] Impact of the Yogyakarta Principles around the world: