Tools that will help journalists do fair and factual LGBT stories.

The following people and organizations in India or of sub-continental origin are featured in our Hall of Fame for their  support as allies of the LGBT community. Please send us nominations.

Sharma (born 1943) was Chief Justice of Trinidad and Tobago from 2003 to 2008. In 2013, commenting on news that two Trinidadian men had gotten married in the United States, he said in a quote to T&T Newsday, “Some people might find the idea of two men living together for their entire lives repugnant. Some people might not. I personally do not find it repugnant. If a man wants to do that with another man that is their business. That is the nature of love, which does not offend. Such a love does not hurt anyone.”  Sharma previously ruled in a landmark judgement that upheld the common-law rights of unmarried people in other-sex relationships. In his quote to Newsday he remarked that rights for similar recognition to same-sex relationships in his country had not yet been tested in courts. 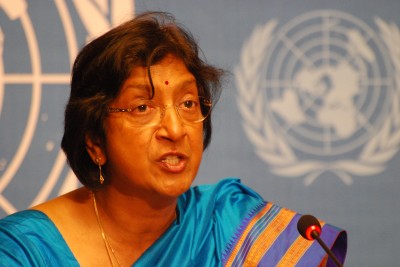 Navanethem (Navi) Pillay (born 1941) is the United Nations High Commissioner for Human Rights. A South African of Indian Tamil origin, she was the first non-white woman on the High Court of South Africa, and she has also served as a judge of the International Criminal Court and President of the International Criminal Tribunal for Rwanda. Her four-year term as High Commissioner for Human Rights began on 1 September 2008, and – in 2012 –  was extended for two more years. She has spoken out powerfully against gender- and sexuality- based violence. In the landmark trial of Jean-Paul Akayesu, which established that rape and sexual assault could constitute acts of genocide, Pillay said, “From time immemorial, rape has been regarded as spoils of war. Now it will be considered a war crime. We want to send out a strong signal that rape is no longer a trophy of war.” As part of her work at the UN High Commission for Human Rights, she signed a document “BORN FREE AND EQUAL”, a document on sexual orientation and gender identity in international human rights law.


[Material from Wikipedia , UNDP and other sources]

Ambiga Sreenevasan (born 1956) is a Malaysian lawyer of Indian (Tamil) origin, and former President of the Malaysian Bar Council. She heads Bersih 2.0, a citizen’s movement for free and fair elections. Some of her most significant work has included promoting judicial reform, good governance, religious freedom and women’s rights. As a Nut Graph political commentator writes,  she “has been able to galvanise thousands of Malaysians inside and outside the country without the need for a political party. These Malaysians cut across ideologies, age, race, religion, region and sexuality.” In 2009, she became the first Malaysian recipient of the US Secretary of State’s International Women of Courage award, and in 2011, was awarded the Chevalier de Legion d’Honneur, France’s highest civilian award. Ambiga, who has been described as a “colossus of intellect and integrity in the Malaysian legal fraternity” is a supporter of LGBT rights in Malaysia. She has gone on record saying  ” It [Religious opposition to homosexuality] does not mean that we have a right to treat them badly and to attack them mercilessly. It does not mean that they have no rights”. Speaking to the Malaysian Insider, she said that detractors who had strong views against homosexuality were entitled to their opinions but  no member of society should have to live in fear because of who they were. [Material adapted from Wikipedia,  Nut graph, and other sources]

They made history with their July 2nd Judgment which officially kick started the LGBT movement in India.”We declare Section 377 of IPC in so far as it criminalizes consensual sexual acts of adults in private is violative of Articles 14, 21 and 15 of the Constitution”. They quoted Jawaharlal Nehru’s vision of inclusiveness “If there is one constitutional tenet that can be said to be underlying theme of the Indian Constitution, it is that of ‘inclusiveness’. Those perceived by the majority as ‘deviants’ or ‘different’ are not on that score excluded or ostracized. Where society can display inclusiveness and understanding, such persons can be assured of a life of dignity and non-discrimination.This was the ‘spirit behind the Resolution’ of which Nehru spoke so passionately” 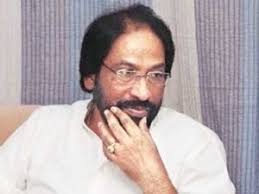 Rajya Sabha MP Tiruchi Siva was the first to propose a bill on transgender rights after the Supreme Court NALSA verdict in 2014. A true ally of the trans community, his bill remains the closest to the NALSA verdict in inclusiveness and measures for reservations in education and employment. 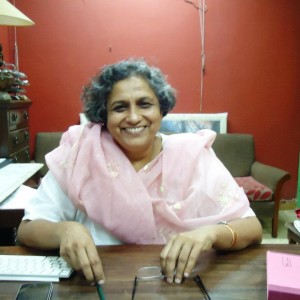 The movement to repeal Section 377 was led by the Naz Foundation, India. In September 2001, Naz filed a Public Interest Litigation (PIL) to challenge section 377 of the Indian Penal Code in the Delhi High Court. After a long eight-year battle on July 2nd, 2009 Section 377 was read down by the Delhi high court. Anjali Gopalan of Naz has been an unstinting supporter of our communities and the advocacy movement to decriminalize consensual relationships among adults of the same sex.

Articulated a united voice against Section 377 and played a major role in creating a consensus across advocacy groups and mobilizing support. Voices released several open letters from 2006 to 2009 , signed by eminent personalities from India, which were highly instrumental in gaining visibility and public support for the issue.

When it comes to gay rights and speaking up for the gay community no Bollywood personality comes close to Celina. She understands the issues, concerns and struggles of the community and is very passionate and vocal about gay rights. After the 377 judgment she appeared on almost every TV Show/Debate and countered the backlash effectively.

July 8, 2010: While we are appreciative of Celina Jaitley’s support to the gay, lesbian and transgender communities, we are deeply disappointed by her biphobia, as indicated in this Filmfare interview. We hope she will make the effort to educate herself on the diversity of sexual orientation. 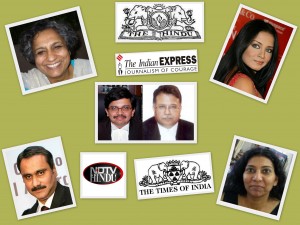 NDTV Channels extensively cover all the news related to the LGBT community and their talk show hosts are passionate and unapologetic about their support to the community.

The New Indian Express, The Hindu and The Times of India:

Newspapers for their continued clear and committed coverage and support of the LGBT issues on a regular basis.

Magdalene Jeyarathnam, founder of the East-West Center for Counselling in Chennai, is one of the very few counselors from Chennai who offers services to the LGBT community. A strong supporter and advocate of LGBT rights, Magdalene takes every opportunity to fight LGBT phobia. Be it a church gatherings, religious seminars, TV talk shows, or newspaper/magazine articles, Magdalene’s voice as a straight ally makes a huge difference.

“Physicians should provide medical service with compassion and respect for human dignity for all people irrespective of their sexual orientation.” – Dr. KS Jacob, Psychiatry Department, Christian Medical College, Vellore. Professor Jacob is a strong ally and quite outspoken about his pro-LGBT stance, most notably in a guest editorial in the Hindu ‘Homosexuality, medicine and psychiatry’ following the 377 decision. Professor Jacob is one of the earliest signatories on the Campaign for Open Minds

“We must reexamine our understanding of sin in the light of the Lutheran doctrine of being both sinner and justified by grace in order to avoid any judgmental tendency” – Dr. George Zachariah, Associate Professor in the field of theology and ethics at Gurukul Lutheran Theological College and Research Institute, Chennai. His theological and ethical reflections, including his urging of churches to embrace LGBT members of their congregation are informed by his involvement in social justice movements. His position paper for the Lutheran church August 28, 2009, colloquium on LGBT issues is a masterpiece. Check out one of his sermons here.