Tools that will help journalists do fair and factual LGBT stories.

The following people and organizations are featured in our Hall of Shame for their negative bias, discriminatory stands and their unethical, false or unscientific claims about the LGBT community. Please send your nominations to us.

August 2013:  Reporter Ganesh Deshmukh continues his spree of maligning homosexuality with his latest piece in the Marathi newspaper Lokmat. According to the press release of Aug 13, 2013, by Humsafar Trust: ” Lokmat Amravati carried a front page report “Samlingi purush sambandhacha Amravatith Deshpatlivaril Adda” (Amravati becoming a Hub for Homosexual Activities ) on 11th August 2013 and called it a “STING OPERATION”. The tone of the article was sensational in its nature and hinted towards Gay, Lesbian, Bisexual and Transgender community members as criminals prevailing in the society and as multiplying by the day. {On] 13 August 2013, two more articles which are on the same lines as“Sting Operation” have been printed in Lokmat Amravati announcing the meeting points of gay men. The Lokmat Amravati office was contacted by CBO Samarpan Trust prior to today’s articles explaining that reporting of this kind can be potentially harmful to the community and requesting for a dialogue however this request was completely ignored and the daily has still carried another homophobic article without bothering to verify facts from programs/ interventions running in the Amravati district. 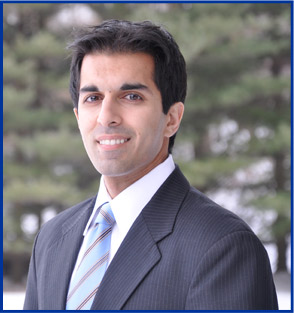 Sam Arora is an Indian American businessman and politician. Arora is the Maryland Democratic House delegate representing Maryland state’s 19th district. Arora campaigned as a progressive candidate and openly stated while campaigning that he was a supporter of same-sex marriage. LGBT groups and marriage equality advocates supported his campaign and made financial contributions which resulted in his win. In early March 2011, Arora began backpedaling on his support for the legislation, removing references to his earlier enthusiasm for same-sex marriage from his campaign’s Twitter account and privately telling the bill’s sponsor, that he would vote against it once it reached the House floor. On Feb 17, 2012 when the full house of delegates voted on same-sex marriage, Sam Arora voted NO. (President Bill Clinton, Maryland Governor Martin O’Malley and several other democratic leaders reportedly lobbied Arora on the very same day for his support). Thankfully the bill passed by a narrow marigin, but the LGBT community and Maryland state democrats are understandably outraged! So is Orinam.net and we ‘recognize’ his dishonesty and bigotry with a place in India’s LGBT Hall of Shame.
(Soruce: Wikipedia.org. Thanks Anita Balan and Sarav Chidambaram for the tip!)

Here is Arora’s Facebook page if you want to leave comments: SamAroraDotCom

Allegedly from the Nationalist Congress Party, HASB disrupted the Jan 13, 2012, fundraiser party for Queer Azaadi Mumbai 2012, bringing in the police and claiming the party-goers were engaged in illegal activities. Read about this incident here.

The famous Tamil writer and novelist, exhibits total insensitivity, complete ignorance and extreme hatred in her column “Anbudan Andharangam” ( Varamalar ). When confused souls struggling to understand their sexual orientation seek advice about homosexuality , some of Ms.Ramanan’s responses are –
“Are you not disgusted by this sexual perversion?”,
” Ewwww…. how can you even think like this?”,
” Why are you spoiling the other person’s life for your lust?” (by falling in love and having a relationship with the person of the same sex).
It is no surprise that the homophobic writer has no scientific knowledge or understanding about sexuality and is unqualified by any standard to offer counseling. All of this qualifies Ms.Anuradha Ramanan for a special place in our hall of shame. 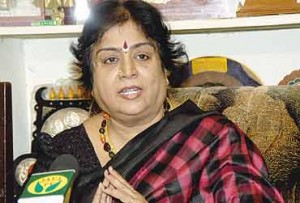 For its homophobic decision to suspend Prof. Shrinivas Ramchandra Siras, Reader and Chairman of Modern Indian Languages Department, who is on the verge of retirement, for having consensual sex with a man at his home. AMU’s sting operation on the professor and capturing what he does behind closed doors is gross violation of his right to privacy. AMU’s decision also goes against Delhi high court’s landmark judgment which decriminalized homosexuality last year, making it legal for two consenting same-sex adults to have sex.

Baba Ramdev claims homosexuality is a disease. Appealing the Delhi high court judgment, Baba said “Homosexuality can be treated like any other congenital defect. Such tendencies can be treated by yoga, pranayam and other meditation techniques”

JACK was one of the petitioners in the 377 case and was against decriminalizing homosexuality. JACK called the struggle for equality and dignity by LGBT community as “foreign agenda”, “license to criminally transmit disease” among other things. They pointlessly joined the 377 debate, confused issues and made conflating arguments!

Dr. Davidar is a leading psychiatrist from Chennai who compares homosexuality to alcoholism and domestic violence.She offers treatment and claims she has already “cured” many!

Inspite of being the Chairman of the Minorities Commission, Farooqui strongly condemns sexual minorities. “Homosexuality is evil, Islam is totally against it. Islam does not allow any unnatural act. No Muslim in the world, let alone India, can ever support it ” he says. “Anti-gay law should stay and we should completely get rid of homosexuality from Indian society”.

Kaushal wants the July 2 High Court ruling quashed. “No one can imagine the consequences of the unnatural acts. Even animals don’t indulge in such activities,” his petition stated. He said the High Court judgment would result in spread of HIV as “it has been amply proved that the HIV virus is a result of unnatural sex.”

[Fun fact: same-sex behavior has been recorded in hundreds of species of non-human animals. Check out Evolution’s Rainbow by Stanford biologist Joan Roughgarden, and Biological Exuberance by Bruce Bagemihl]

“Homosexuals have a tendency to influence others so there is a need to counsel these people without destroying their human dignity. Anything which goes against the definition of being a man, woman and animal are unnatural and the youths should be taught about it”. A delegation led by Archbishop of Delhi met prime minister Manmohan Singh and demanded repeal of Delhi High Court’s ruling decriminalizing homosexuality which they termed “illegal and immoral”. The leaders said homosexuality is an “intrinsically evil act” and the churches across the country are counseling the youths on this issue.

(Quotes gathered from rediff.com, the Hindu, NDTV, Indian express and other email archives)