Resources for Religion and Faith

This essay is based on Scott Kugle’s book “Homosexuality in Islam: Islamic reflection on Gay, Lesbian and Transgender Muslims” 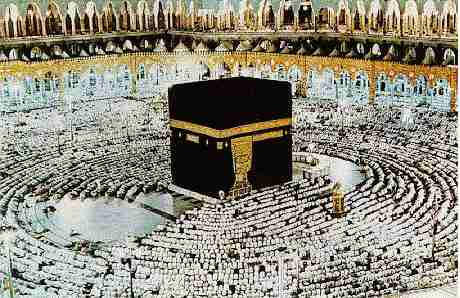 If God had willed, God would have made you one single community, but rather God brings whomever God wills within the divine compassion – yet the unjust oppressors have no guardian and no helper (Q. 42:8)

Islam in its essence, supports human diversity and celebrates every human being as a reflection of God’s will. The Qur’an, the holy book and the ultimate authority of Islam, doesn’t explicitly condemn homosexuality or transgender behavior. The Qur’an’s central message is solidarity with the oppressed and that God’s will works with those who suffer oppression. Many Muslims make presumptions when it comes to the issues of gender and sexuality and think that they already know “what the Qur’an says” without reflecting on whether they have based their opinion on patriarchal culture or their knowledge of the Qur’an and Islam. Modern reformists and contemporary interpreters of Islam, encourage believers to separate what is imposed by culture from what is essential to the faith, by ‘ijtihad’ – independent and original analysis based on intellectual effort and ethical discretion (in the interpretation of the religion).

The Qur’an and Alternate Sexuality:

Classical Muslim jurists and interpreters identify the Qur’anic narrative of the Prophet Lot’s struggle with his tribe (qawm lut) as addressing homosexual sex or more specifically male-to-male anal penetration. According to the Qur’an, Lot was commissioned as a prophet to the twin cities of Sodom and Gomorrah. He was sent to preach monotheism and stop the tribe from their lustful and violent acts. But the men of Sodom and Gomorrah rejected Lot’s authority, by trying to deprive Lot of the right to extend hospitality and protection to strangers and the poor. They also schemed for ways to reject Lot’s prophethood and his public standing in their community, by murder, robbery, public nudity, gambling, idolatrous worship and by performing coercive same-sex acts against the strangers, whom Lot hosted (as mentioned in Q. 29:29). God punished the people of Sodom and Gomorrah for their transgressions, by turning the cities upside down and stoning the entire city, putting an end to the lives of the people once for all. The Prophet Lot and his believers were protected by God and were asked to leave the cities the night before. Lot’s wife was also killed in the stoning, as she didn’t believe in Lot’s authority.

God says “The tribe of Lot considered the warning a lie. We sent upon them a storm of stones [destroying all] except Lot’s family, for them we saved at dawn as a favor from us. In this way we reward those who give thanks. He [Lot] warned them of our violent retribution but they obstinately denied the warning. They strived to alienate his guest from him but we blinded their eyes, [declaring], “Now taste my punishment and my warning!” (Q 54:33-37)

The text that describes the story of Lot is often quoted out of context, as Islam’s condemnation of homosexuality and some fundamentalist interpreters even go to the extreme extent of ruling “stoning to death” as a punishment for homosexual acts. Modern interpreters believe that God sent upon the tribe of Sodom and Gomorrah, the storm of stones as they had disbelieved in Lot’s prophethood. They question, why women and children who didn’t engage in any sexual acts were also killed, if God stoned the cities as a punishment for male-to-male penetration. They ask if the immortality described in Lot’s story is specifically male-to-male penetration, then why Lot’s wife was also destroyed by God’s punishment? (her only misdeed was disrespecting Lot’s authority)

God says “When our messengers came to Lot he was distressed on their account and felt he could not protect them, but they said, “Do not fear and do not grieve – we are rescuing you and your family, all except your wife, for she is one of those left behind” (Q. 29:33)

It is contemporary interpreters belief that the people of Sodom and Gomorrah, were punished not for one specific type of immoral act, but was rather for their infidelity and rejection. They also interpret the specifics of the story, as male rape of men in particular and not homosexual acts in general. This is because, the tribe’s attempt to rape the men was motivated by their wish to reject the prophetic authority of Lot and assert their own egoistic status and power, rather than by sexual desire or bodily pleasure. According to these interpreters, Lot’s story is a critique of male sexuality driven by aggression and the urge to subjugate others by force, not of male homosexuality in particular. One can imagine the same story with guests who are female and it would exert the same force and convey the same moral message.
[Reference : Homosexuality in Islam by Scott Kugle]

There are few other exchanges between the Prophet Lot and his tribe men, that are interpreted by many in Islam as a condemnation of homosexuality. Again, these interpretations are to a large extent biased, motivated and provided to enforce patriarchal domination of heterosexual male Muslims. Some of such interpretations are also questioned by other minorities including women and racial minorities. All these are very brilliantly, logically, analytically, objectively handled by Scott Kugle in his book “Homosexuality in Islam: Islamic reflection on Gay, Lesbian and Transgender Muslims”.

As for those of your women who commit the immortality [al-fahisha], have four from among yourselves bear witness against them. If they do witness, then confine them [the women] to their rooms until death causes them to perish or until God makes for them a way [of release]. And for any two from among you who commit it, then punish the two of them, then if they repent and reform then leave the two alone, for indeed God is forgiving and merciful (Q. 4:15-16).

Modern interpreters challenge the assumption that this confusing verse condemns same-sex acts between women with the below arguments [Reference : Homosexuality in Islam by Scott Kugle]

The Qur’an and Alternate Gender identity:

It is a basic part of Islamic teaching that God is absolutely non-dual and has none of the limitations or conditions that characterize human existence. The Qur’ran commends its believers to say,

God is a singular one, the eternal one, never begetting and never begotten, to whom no other bears comparison (Q 112:1-4).

“Not being ever born, God’s existence is not based on duality. Not ever begetting, God’s creative nature is not limited by the maleness and femaleness that shape our understanding of reproduction” writes Scott Kugle. He adds, that God has no gender, even though the human languages through which we speak about God is highly gendered. The Arabic language is highly gendered, giving the impression that God is like a male being.

Patriarchy rests upon a definition of gender in which male is clearly and immutably separate from female, such that male mates only with female and that male needs to control female. God’s definition of gender is not as distinct and separate as patriarchy would want it to be. Scott Kugle in his book, talks about a beautiful example from the Qur’ran when “The Creator” mentions the sun and the moon. (The sun is grammatically feminine in Arabic, while the moon is grammatically masculine)

God makes night merge into day and makes day merge into night, and controls the movement of the sun and the moon with each coursing for an appointed time.

The one is God, your sustainer who has total domination and the others you invoke except God control not even a speck (Q 35:13)

“The feminine sun and the masculine moon run their courses, but their effect in the ambiguity of our routine life is not so clear, there is no neat division between day and night, between the sun’s presence or its absence. God merges day into night in a spectrum of shades from light to dark and merges again night into day. Likewise the division of human beings into dimorphic gender is both clear and ambiguous at the same time. It is a division that is persistent in most people but not totally clear in all people” observes Kugle.

Another verse of the Qu’ran suggests that Transgender people are also God’s creation.

According to Kugle, this verse seems to mention all possible intersections of Gender and Sexuality. First mentioned are ordinary males and females, as genders who mate with the opposite sex, leading to reproduction. Then mentioned are those who are “paired as male and female” implying the possibility of male and female being joined in one person, alluding the gender-ambiguous people (such as hermaphrodites or transgender people). Then mentioned those are “not reproducing” (‘aqim), alluding to Lesbian women and Gay men whose sexual orientation does not lead them to reproductive intercourse.

More positive representations of Queer people in the Qur’an:

While discussing modesty and gender separation the Qur’an acknowledges the existence of non-heterosexual men and women, as mentioned by Kugle.

Here “followers among the men who have no wiles with women” suggests that these men have no sexual desire for women and are therefore exempt from general rule of separation. Classical interpreters though this verse applied to elderly men who are exempt by fiat and anatomy. Modern interpreters consider this as a reference to Gay men or some Transgender people who have no desire or wiles to seduce women.

Yet if your children have reached sexual maturity, then require them to ask permission before entering, like those mentioned before, for in this way God clarifies for your God’s signs, and God is a knowing One, One most wise. Of the women, those not reproducing who don’t wish for intercourse, there is no harm for them to lay aside their clothing as long as they don’t overtly display their beauty (Q. 24:60)

The key terms are “those not reproducing”, “not wish for intercourse” from among the women (‘al-qawa’id min al-nisa’). According to classical interpreters, this applies to women who are celibate, or old enough that they can no longer become pregnant, or old enough to have no sex drive. Modern interpreters see this applicable to Lesbian women.

Other Islamic texts and scriptures:

Scott Kugle in his book also discusses several classical interpretations from Hadith (reports of incidents in which the Prophet Muhammad said or did something that was observed by his followers and was passed on orally until later written down) and the Islamic laws – Shar’ia and Fiqh.

Orinam.net highly recommends “Homosexuality in Islam: Islamic reflection on Gay, Lebsian and Transgender Muslims”. Scott Kugle’s book is a must read for Queer people of all faiths (not just Muslims) and also for feminists, atheists and other minorities that challenge patriarchy.