Ek Ladki Ko Dekha Toh Aisa Laga has been getting praise from many in the queer community for its sensitive portrayal of same-gender romance in a mainstream Bollywood film.

During the scene when Sweety (Sonam Kapoor) narrates her idea of romance to Sahil (Rajkummar Rao), I found myself laughing. I felt all that oozing sentimentality to be utterly cheesy, a conveniently reductionist and flawed mapping of cliched Bollywood romance to same-gender desire.

But, later, at the point when the big reveal came for the straight audience, it struck me that this film is indeed a political one; that Shelly Chopra Dhar and Gazal Dhaliwal have taken a conscious stand to subvert the whole experience of watching an emotional and romantic Bollywood drama. I came to that realization precisely when Sahil laughs at Sweety’s disclosure. Echoing him, the straight men around me in the theatre also laughed uproariously. The laughter spelled  for Sweety what it has for people like her (and us) since time immemorial: humiliation and shame.  I realized then that the intention of Shelly and Gazal has been to reclaim the space that we queer people have always been told does not belong to us.  The right to love on our own terms.

By setting the story in a small town of Punjab, they have made this even more important and clear. Sweety in that scene, quite frustratedly, asks Sahil, “Why do you all think in just one direction?” Now, ask any queer person. You will know we are assumed straight by default. It doesn’t even occur to heterosexuals that we may not fit into the rigid boundaries of love and desire that they have constructed to uphold the patriarchy.

We spend most of our lives in exhaustion and frustration, many times unable to respond to that ridiculous assumption, regardless of whether we are ‘out’ or not. And that is what the first half of the film does. It questions that default understanding. It challenges the status quo. The initially-ambiguous sexuality of Sonam is not a tool to give some big surprise for the audience. It is, in fact, a tool to hold a mirror to the audience’s biases, to take a dig at them. And there can not be a better way than to cleverly wrap it in the same format of mushiness that they seem to be lapping up for centuries now!

Arguably, this is not the first mainstream Bollywood film to have shown love and romance between women. In 2014, we had Dedh Ishqiya. Madhuri Dixit and Huma Qureshi were brilliant in that. But, the language of that movie was different. It had an intelligent screenplay. But, there was no big reveal in there: the queer text blended in quite organically with the plot. And for me, that was quite disappointing. Not because it was a bad movie. Not because I want an out and loud message. I love movies that do not shout. But then, for me, who had been waiting to see romance between women on the big screen, the queer angle seemed to be just masked in there. In the last five years, I have asked several straight people if they had realised that the two characters were lovers. Most of them have said no. Especially, the straight men. I was disappointed for that. That they are lovers will just be a secret within the community and their allies. Like the men in the film, audience outside of the community will stay ignorant and be indifferent to the desire between the lead women. I thought this is how the mainstream queer drama, especially about women, will end up moving on. Either in subtleties or being the ones that showcase only the tragedies or violence. 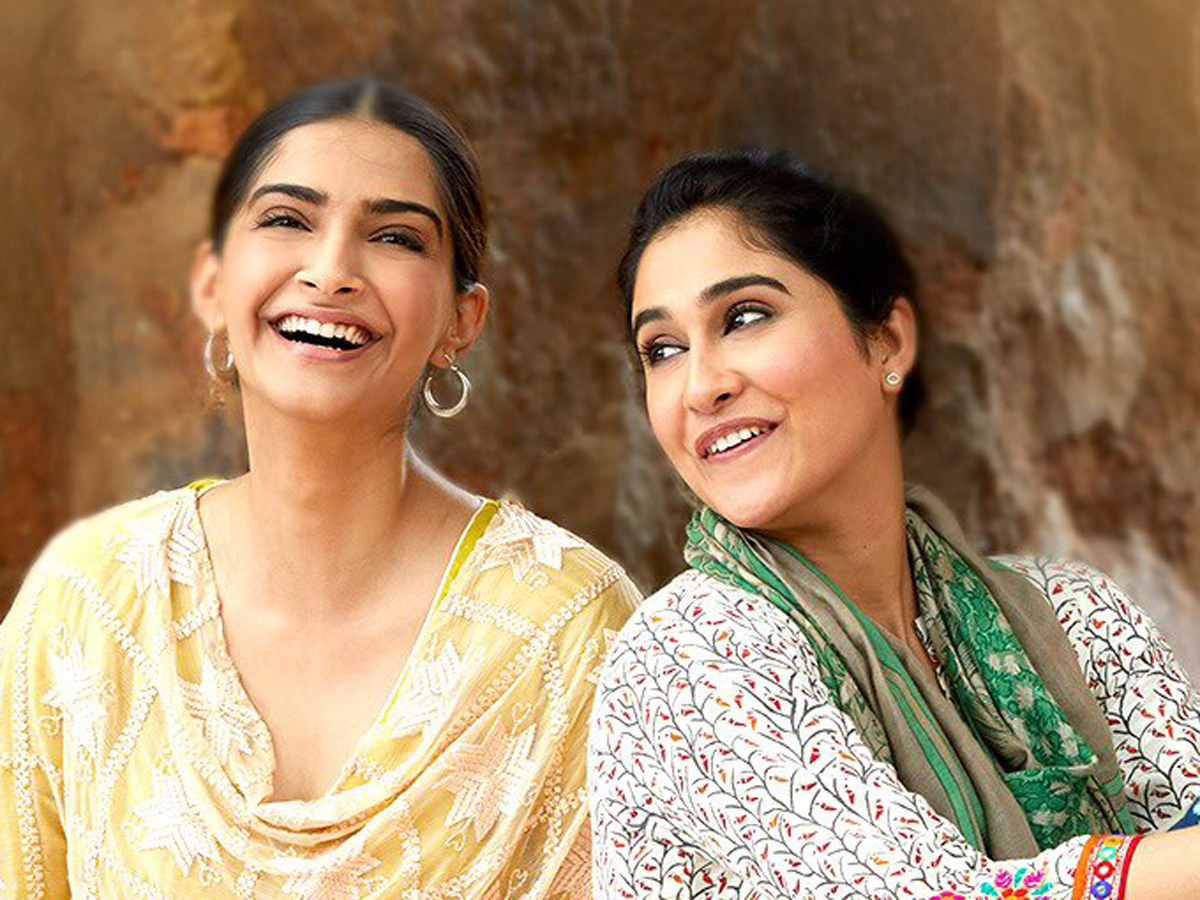 Now keeping this in the context, Ek Ladki Ko Dekha Toh Aisa Laga challenges this same notion. The heteronormative understanding is that everyone is straight by default. That is exactly why this is an important film, one that has taken so many years to arrive. The climax is the most intelligent one I have so far seen. For sure, it ends on a sentimental note of acceptance, love and inclusion. But, this does not make it any less important. Because, despite all these dramatic moments, the film asks some vital questions. The way the climax unfolds by itself is an intelligent format. It is a play in the film that Sahil directs to tell the world about Sweety and her love. Sweety plays herself. As this play reveals its secrets, you see the audience in the film storming out in anger. They call it a shame. I thought it was a clever way of holding a mirror to the mindsets of the audience watching the film in real life. It felt like the film was putting the its audience in a spot.

There was a palpable sense of nervousness in the auditorium during those sequences. While the parents watching the play in the film covered the eyes of their children, the boy next to me sat wide eyed watching it with full intensity. I don’t know what he made of it. May be was happy that he had found a Sweety. But, I definitely know this – even if he doesn’t stand up for the Sweety in his class, he would probably not be the one who makes her life miserable.

In 1996, Deepa Mehta’s Fire kicked off a huge controversy in the cities of India. I was in 8th class then and had witnessed the whole drama created by the Hindutva fringe elements across the country. I do not remember seeing such large scale protests in Chennai as it was quite detached from the reach of Hindutva fringe elements. But, I was definitely left confused. Even the Sun TV channel that strictly reviews only Tamil films had picked this up and gave its verdict. I don’t remember the reviewer taking any moralistic stand. But, she ended with a note that the heat of the film is so strong that it could erase the human life form altogether from Earth. What could be so wrong in a film that also voiced the rights of women to love each other? A few days later, during some conversations, my mother had explained to me what the film was all about. It was in a very non-judgmental tone. She had just stated the facts about the film. And also, in passing, told me that there are people like that. Now, that should be such a privilege. To have an education about sexual orientation from your mother. But, that afternoon, unable to make sense of all the unfairness around me, I locked myself in the bathroom and cried in fear and confusion. I had decided that this life was going to be one long struggle with loneliness. And that the film was A rated made it even more difficult for me, as it was beyond my reach at that point.

In Ek Ladki Ko Dekha Toh Aisa Laga, we have come a long way from Fire. But what is also vitally different from the likes of Fire is what Sweety says in the film. She tells her Dad that she wants this play to go on for the sake of many lonely children unable to make sense of who they are in a world that treats them as abnormal. I immediately thought of that boy who cried in the bathroom, some 23 years ago. This film makes a conscious and political choice to tell those children that Sweetys exist and that they are not alone in this journey. And she even says that this play should be taken to all small villages and towns so that the Sweetys there could have a voice.

As the movie ended on a happy note and rolling credits went on, I sat unmoving in my seat next to my comforting queer friend, and wept covering my face. I cried for that 13 year old lonely boy and all those children like him. I cried in relief and happiness for that boy, who had by then decided that he is not wanted in this world. I cried because what Sweety said could finally begin to heal that boy’s broken spirit. And because, 23 years after that lonely afternoon inside a locked bathroom, he has finally found a Sweety. In a city that is roughly 350 kilometres away from where his heart, soul, and some of the bruises lie.

Thanks to Rajat S. for consent to use his art work in this article.

Deepan is a voracious reader with a keen interest in contemporary cinema, and is a firm believer in gender equality. He is a member of the Orinam group and mailing list.