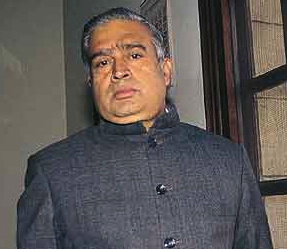 In the last few weeks, there has been substantial coverage of LGBT issues in India, thanks to the Supreme Court’s judgment on Section 377. While it is no surprise that some religious conservatives welcomed the decision, the real shocker was to hear that some of our most respected bureaucrats and public intellectuals share this view. An opinion piece by former Cabinet Secretary Mr. TSR Subramanian, published by The New Indian Express on 22 December, 2013, is a perfect example of a highly regarded leader sharing poorly thought-through, biased views, that only serve to misinform the layperson. A careful reading points to a number of logical inconsistencies and subtle homophobia expressed by Mr. Subramanian.

The basic premise of the article, that there has to be majority approval for social change to take place, is itself severely flawed.  History points to numerous instances where popular opinion at the time did not, in fact, support the monumental social changes we take for granted today. This argument has always been presented at the time of every social change – from the emancipation of slavery to voting rights for women. What one really needs to consider is whether the social change is just, fair and progressive, not whether popular opinion favors it. After all, the spirit of judiciary is not popular appeasement (in some sense, this is not the spirit of the legislature either – but that is an argument for another day).

What follows in the next few paragraphs goes against the grain of the demand to read down Section 377 and suggests the author has completely misunderstood the import of Delhi High Court’s historic Naz Foundation ruling of 2009.

Consider this: “Apart from strong cultural aspects, we need to remember that in a hot poor country, boys sleep in dormitories, semi-clad; men at work in field projects often sleep in the same space—six or eight to a room; without spelling out the details, there could be significant impact on social behaviour all over the country”.  Here, the author seems to ignore three words that qualified the Delhi High Court judgment of 2009: adult, consensual and private. In his vivid example, the author paints a picture of underage boys,  a fairly public situation, and/or potentially non-consensual sex.  Nobody expects any of these to be allowed under law.

Or this:  “Will our ‘decency’ laws permit scantily clad women in public spaces? Can we replicate the summer dress-code, indeed near-nudity say of Mediterranean resorts in our beaches, as also in our cities and towns or villages, in the name of ‘modernity’? The social practices in Western countries are quite different from those of the family values in India.”  Again, the author displays poor understanding of the term ‘private’ that qualifies the Naz judgement.

Or this, where he expresses dissatisfaction with the gay rights discourse in English media: “Whatever the TV anchors may like to project, the Indian social and cultural standards are quite different from those of Western countries—one need not necessarily rue this; indeed this may be India’s strength.” While this argument is offensive and factually inaccurate, I would only ask the reader to consider the following: Is the suppression of minority rights a source of strength for India? Would you actually say that ‘denying equal rights to LGBT people’ better represents Indian society and cultural values than say, ‘acceptance and celebration of diversity’?

Or this: “Note that 377 has many aspects beyond relationship between ‘consenting adults’. The court has merely referred this matter to the representatives of the people.” – How about this? Even a basic understanding of the Delhi HC judgment of 2009 will reveal that Justices Shah and Muralidhar did not strike down section 377 in its entirety. It left Section 377 to hold in instances of bestiality or pedophilia. It merely ruled that including ‘adult consensual, private acts’ in the purview of Section 377 was unconstitutional. Imagine the difference someone like Mr. TSR Subramanian could make, given his position of influence.

As  Chancellor of Shiv Nadar University, he could  follow the lead of top-notch universities worldwide, and spearhead  zero tolerance policies for discrimination on the basis on sexual orientation and gender identity on campus.  He could direct the University to establish support groups and counseling services for LGBT students (LGBT youth are at a much higher risk of being bullied, harassed and consequently of suicide). These ideas are certainly not ahead of their time for an educational institution of high repute. A public intellectual and thought leader like Mr. Subramanian is capable of driving progressive change on campus, which can serve as a role model for other institutions, and society as a whole.

The right time for change that safeguards human rights is now.

It is unfair to ask the millions of LGBT people today to continue to live marginalized and invisible lives just because it may affect the sensitivities of the majority, who are often misinformed and misguided. One expects leaders like Mr. Subramanian to step back and think about what is right, instead of what is acceptable. Because, if one agrees with what is right, we can work together to make it more acceptable. Not the other way around. It is highly likely that impediments to social change exist not because of social and cultural traditions of India, but because of opinion leaders like Mr. Subramanian who hold misinformed and misguided notions. One expects a respected member of society like Mr Subramanian to form views based on reason, and convince the masses.

At this time, we need change agents. Not moral police.

The author is a Strategy Consultant for a leading consulting house, based in Delhi. This is his first published piece.