Put together by Vikram Doctor, shared with consent. This is intended for those of us who will be speaking with media on 377, and for the media themselves. For a list of people who can speak about the judgement, see here. 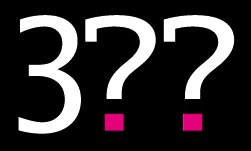 The Battle to Overturn Section 377 – points for debates

–        Homosexuality was criminalised in India with the Section 377 of Indian Penal Code, 1860. Before that attitudes towards it varied but it was not seen as a crime deserving serious punishment. This idea of it being a crime was brought in by the British 153 years ago. Times have changed.

–        In the 149 years when Section 377 was in operation (until Delhi High Court decision in Naz India in 2009) the law was used to harass lesbians, gays, bisexuals and transgenders (LGBT). There is a long list of cases where it has been applied – and even more, where it has been threatened to harass and blackmail lgbt people. There are many cases where even members of the police have blackmailed gay men.

–        Since 2009 there has been a significant fall in harassment and blackmail. LGBT people still face lots of problems and attitudes will take a long time to change, but at least now people know that the law supports them. Reversing the Delhi High Court verdict will make LGBT people criminals again.

–        The Delhi High Court verdict in Naz India was very important to stop spread of HIV/AIDS. Gay men are a high risk group for HIV/AIDS, but when their sexual behaviour is a crime, they do not stop having sex, but do it in secret which makes it hard to educate them about safe sex and to get treatment. Many are also forced to marry women and spread HIV to them.

–        The Naz India case has taken over 12 years to reach this point where the Supreme Court must take a decision.

–        The case was first filed in the Delhi High Court by Naz India, an organisation lead by Anjali Gopalan (one of Time magazine’s most influential people of the world in 2012), which is dedicated to HIV/AIDS education, supporting victims and stopping spread of the disease. Naz India’s petition was based on the problems S.377 caused to efforts against HIV/AIDS.

–        Naz India was joined In the Delhi High Court by Voices Against 377, a coalition of groups and individuals who came together to fight the law on grounds of how it violated the basic human rights of LGBT Indians.

–        Naz India was opposed in the Delhi High Court by the Home Ministry – but it was also supported by the health ministry. There was basic contradiction in the government’s stand.

–        Naz India was opposed in the Delhi High Court by Joint Action Committee, Kannur and B.P.Singhal. Both entities failed to show how they were personally affected by the law and why they felt the need to oppose decriminalisation.

–        On July 2, 2009 the Delhi High Court bench of Justices A.P.Shah and S.Muralidhar issued a decision reading down Section 377 so that it did not apply to consenting adults.

–        Section 377 remains because it had some use in cases of child sex abuse and non-consenting male sex (male rape). In 2011 Parliament passed the Protection of Children Against Sexual Offences Bill so child sex abuse no longer falls under S.377.

–        Naz India was hence a landmark judgment that said that lgbt Indians should have the same rights as all other Indians.

–        Naz India was a decision from the Delhi High Court, but it applied across India. In India a state High Court’s verdict applies across the country unless there is an opposing verdict, in which case it goes to the Supreme Court to sort out. But our opponents applied to the SC immediately, so that did not need to happen.

–        Immediately after the Delhi High Court gave its decision, opponents rushed to the Supreme Court with appeals against it and asking the SC to stay the decision. The SC admitted the appeals, but did not stay the decision. For that reason Naz India has applied and LGBT Indians are not criminals for the last four years.

–        Around 14 parties have filed petitions opposing the Delhi High Court decision. These include religious extremist parties and publicity seeking individuals, none of who can establish how they are directly affected by the law. Opponents include organisations accused of causing riots and violence. They include:

–        4 parties filed petitions supporting the Delhi High Court decision. These include people with direct experience of how S.377 causes harm to the lives of LGBT Indians and their families:

–        Arguments in the Supreme Court were heard by Justices Singhvi and Mukhopadhyay in early 2012. Justice Singhvi retires on Wednesday, 11the December, 2013, so this is the last day on which he can give judgment.

–        If Naz India is overruled we will look at specific reasons, but immediate points and action are:

– Homosexuality is against Indian culture:

The people who are saying this are the ones who are reflecting a Victorian interpretation of Indian culture. As the verdict explicitly edit said, this is a return to Indian traditions of tolerance and inclusiveness. It is the intolerance being shown by the homophobes that is Western, rather than Indian.

– Homosexuality is going to harm us all!

How? As the judges noted in Naz India, opposing parties have simply failed to prove the harm that removing the law would cause. On the contrary the harm was proven by the petitioners who gave many testimonies of queer people whose lives were devastated by their being gay.

– If everyone was homosexual we would cease to exist

But everyone isn’t homosexual! Studies have shown that homosexuality exists in a minority of the population and probably always has. It shows up in many animal species, so its certainly not unnatural. There have always been gay people and they don’t stop societies from existing.

A good Indian counter is with hijras/aravanis. There have definitely been hijras in India from ancient times. They are mentioned in the Ramayana and Mahabharata. But Indian society continued to exist and for that matter hijras continued to exist, even though they couldn’t have children. That shows that homosexuality is part of the natural variations that happen in species.

– Homosexuals are banned by all religions

Not true. There are many religions like Judaism, Buddhism and Hinduism that are essentially silent on the subject of homosexuality . Proscriptions that exist in them can often be traced to recent trends in them, like the Victorian reformers of Hinduism who tried to make it closer to Christianity. Some of the things they did were good, like removing customs like sati, but some were bad, like reducing any rational discussion of sex. But that the work of those reformers did show was that religions can be renewed and refreshed and the real danger is trying to stop this process. Fear of homosexuality should not stop such changes that are needed to help these religions adapt to modern society.

One more point: a common preoccupation with these religions was not homosexuality but procreation. When communities were small they needed to have more children to grow. But two fundamental things have changed:

(a) the communities are no longer small. I don’t think anyone will argue that India is suffering from a lack of procreation.

– It will harm children

How? Many studies show that children from same-sex couples are better off because their parents are more likely to be together and take their parenthood seriously. Think about it – who is going to take parenthood seriously, a same-sex couple who have had to fight to be recognised as a couple and have children and who really know the value of being parents, or a pair of young straight people who got married and had kids because it was arranged or because they got pregnant, but they didn’t really think if they wanted to spend the rest of their lives together. ‘

All studies on child sex abuse show that most child sex abuse is heterosexual and for that matter usually happens within the family. The most high profile cases of same sex paedophilia happen either within religious priesthoods, which are so busy fighting homosexuals they doesn’t want to look at the problems inside its own institutions, or from sex tourists who go scot free because they can bribe the police, who are anyway too busy looking for unthreatening homosexuals to persecute.

– It will lead to gay marriage

This verdict is not a verdict for anything other than decriminalising homosexuality. Its possible that the gay community may want to fight for marriage, but that’s another battle.

– It will lead to more HIV/AIDS

The best answer is the one the Delhi High Court judges themselves gave during the arguements. One of our opponents was fulminating about how removing 377 would increase AIDS, and one of the judges commented drily, “You’ve had it on the books all these years and it hasn’t done much to stop AIDS”.

Changing the law will allow anti-AIDS NGOs to work without fear of being arrested as happened in Lucknow a few years back. Instead of gay men being forced to have furtive, quick and unsafe sex, they can now do it with care ad condoms. And people who are often pushed into taking risks and having unsafe sex because they are depressed and don’t have a sense of self worth, will not become more confident and take fewer risks.

– It is not needed, the law was not being used

It was definitely being used, both directly and indirectly. It was used directly in a number of cases, which were often unreported because the victims were so humiliated they chose not to go public. It is also used to blackmail gay and bisexual men, often with the police complicit and empowered by the law.