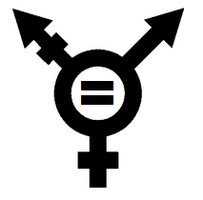 ‘Government objects to SC empowering third gender’ screamed the title of a piece in the Indian Express on Sept 11, 2014, followed by a more measured ‘Centre wants SC to clarify order on transgenders’ in the Hindu, Sept 12, 2014.

The text of the application made by the Government of India, downloadable here, appears less alarming than the IE headline. The application, which seems to have been filed at the instance of the Ministry of Social Justice and Empowerment, seeks clarification on the NALSA judgement of April 15, 2014.

1. In our reading, some of the points raised in the application that are not a cause for concern, or a step in the right direction, are as follows:

2. We are ambivalent on the following point:

3. Two issues that may be a matter of concern:

4. While we appreciate the effort the application makes to clarify terminology by eschewing the term ‘eunuch’ we note that the definitions of male-to-female and female-to-male transgender people have been interchanged in the application.

5. Finally we urge the government and Supreme Court to expedite action towards justice, equality and full citizenship for transgender people. If the recent developments in the Ajmer, Rajasthan, case of policy brutality and sexual assault of a hijra are any indication, we remain far from this goal.

– representations from community members who had expressed concern that most states preparing to establish transgender welfare boards were interpreting the NALSA judgement to include only hijras, and not considering other trans people

– confusion resulting from a line in the NALSA ruling about ‘transgender’ occasionally used as an umbrella term that includes lesbian, gay and bi people. This has, apparently, led to concerns that cisgender LGB people would use this definition to claim OBC status for themselves.

– procedural issues regarding who makes the determination of OBC

– the need to let the SC know that the term ‘eunuch’ is neither acceptable nor accurate as a synonym for TG. The NALSA judgement uses ‘eunuch’, ‘third-gender’ and ‘transgender’ synonymously in some portions of the text. Many members of the diverse trans* communities have objected to use of the term eunuch.