We are pleased to feature this piece on Shankar Ganesh from ‘I am Madras’, a Facebook initiative. Photographer and group owner Raunaq Mangottil describes ‘I am Madras‘ as an effort to “capture, document, archive and showcase the thousand emotions attached to living in a metropolitan city like Chennai.” As part of his ongoing effort to featuring Chennaiites from different walks of life, he says he looks forward to interviewing more members of Chennai’s LGBT community. Kudos to ‘I am Madras’ for this bold initiative, and hearty congratulations to Shankar. The interview below gives you a flavour of his coming out narrative, which will soon be posted on Orinam in Tamil and English. 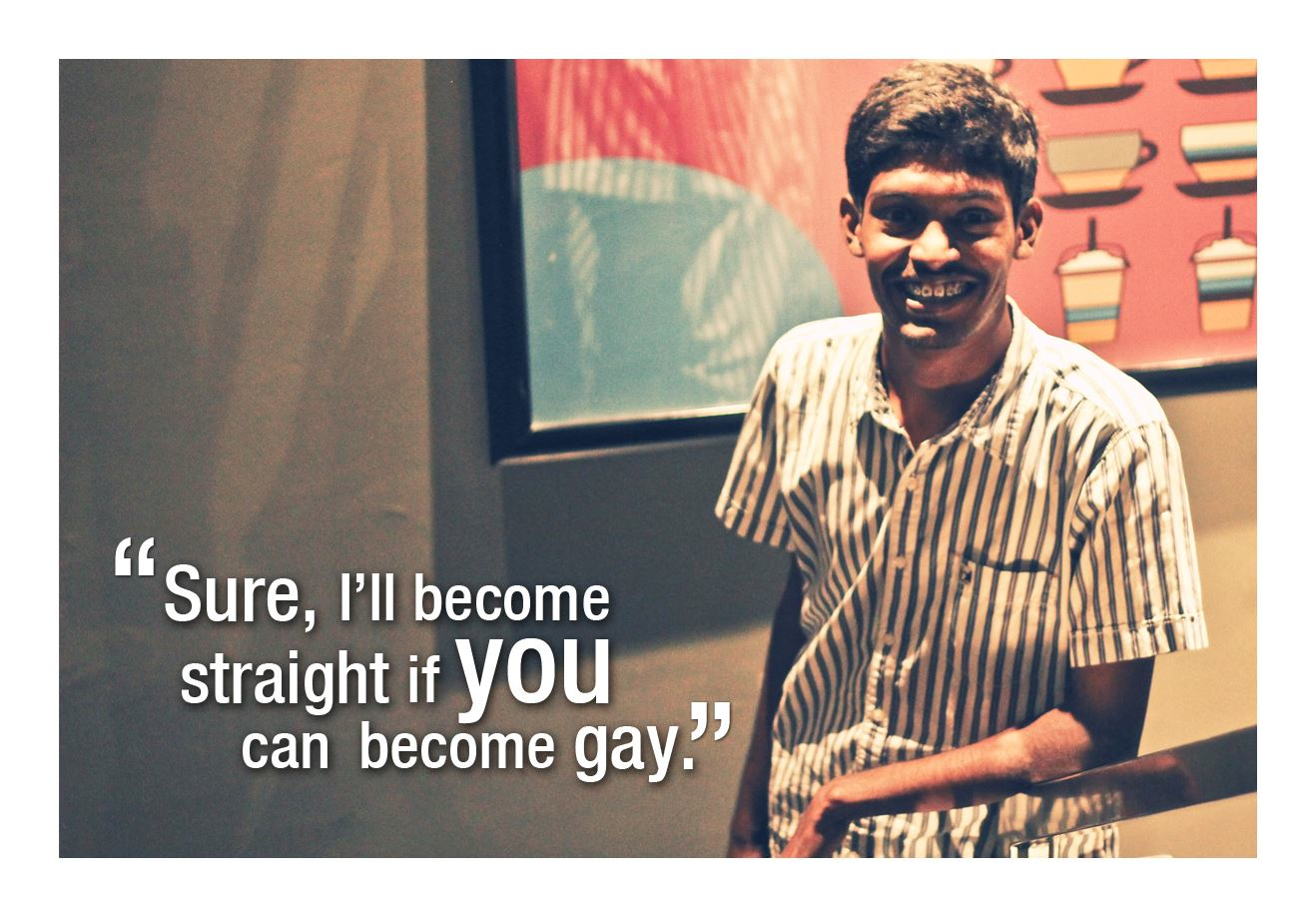 “I knew I was gay really early on. I can’t pinpoint to an exact time or date, obviously, but I think I knew for sure around 7th or 8th grade. I’m lucky I was exposed to the computers and Internet, and I started reading, blogging before most kids my age even knew blogs existed. I remember looking up the internet to know if there were other people like me. I remember reading articles about gay people getting arrested, and somehow everything just revolved around gay sex, and nobody had an understanding of other issues surrounding sexual orientation.

Sometimes in school and college, my peers bullied me and made fun of me, because of my lack of interest in ‘sight-aduchifying girls’ and all that. But, no one really suspected I was gay or anything. But as an individual I felt really stressed that I couldn’t talk to anyone about it (I did not open up about my orientation till the end of second year in college). And at times, to de-stress, I would come out to my closest friends who always understood, always returned my calls, even if I dialed them at 4 AM and stood by me through my toughest times. Despite that, there were so many moments when everything I believed in conflicted with everything I saw and I stopped being productive, felt depressed and suicidal. End of last year, I couldn’t take it anymore and decided to come out publicly on Facebook and get it done with once and for all. I honestly thought it’ll be one of those random statuses that will shame into oblivion, but I was surprised when a thousand people sent me personal messages or shared their views and just stood by. And when I wrote that post, I did not backspace a single line, because I’ve been writing it for years internally in my heart.”

“So what annoys you the most?”

“Apart from the most recent and ridiculous verdict on section 377 which I think is a clear violation of my fundamental rights, people have told me incredibly funny, and sometimes infuriating things. Some people said orientation is just a phase and that I’ll get over it. But what really annoyed me that a lot of people, including my Dad, said I could become straight if I try. It doesn’t work that way. I told him: ‘Sure, I’ll become straight if you can become gay’.

I don’t know – I just think people who don’t respect or for that matter, even recognize that there are others who are different from them – they’re really on the wrong side of history.”