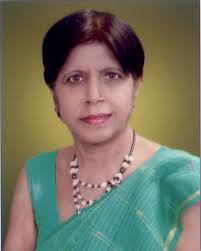 In a shocking development, on Jan 21, 2014, the Indian Psychiatric Society’s immediate past president, Dr. Indira Sharma, told the Times of India that homosexuality is “unnatural.”  Her comments  sparked outrage among LGBT people, their allies and many healthcare professionals.

Dr. Abhijit Majumder, who specializes in stem cell research and is a visiting fellow in the National Centre for Biological Sciences, Bangalore,  wrote to the Indian Psychiatric Society asking for a clarification on Dr. Sharma’s comments. He received a response from the President of Indian Psychiatric Society clarifying that Dr.Sharma’s comments are her personal view and they don’t represent IPS’s official stance on the issue.

As you may have noticed that in today’s Times of India (TOI), a new report has come which states that Dr. Indira Sharma has termed homosexuality as unnatural (“Homosexuality is unnatural, leading psychiatrist says”, TOI Jan21st 2014). As par the news report, Dr. Sharma has told over telephone, “The manner in which homosexuals have brought the talk of sex to the roads makes people uncomfortable. It’s unnatural. Our society doesn’t talk about sex. Heterosexuals don’t talk about sex. It’s a private matter.” She has also added, “Some of them may even be able to change their orientation”.

However, in the editorial of your official publication, it has been mentioned time and again that homosexuality is NOT unnatural. To quote, “Investigations using psychological tests could not differentiate heterosexual from homosexual orientation. Research also demonstrated that people with homosexual orientation did not have any objective psychological dysfunction or impairments in judgment, stability and vocational capabilities. Psychiatric, psychoanalytic, medical and mental health professionals now consider homosexuality as a normal variation of human sexuality. It suggested that much of the distress faced by people with same-sex orientation is due to difficulties they face living in our predominantly heterosexual world.” (Sathyanarayana Rao T S, Jacob K S. The reversal on Gay Rights in India. Indian J Psychiatry 2014;56:1-2).

The above mentioned article in your official publication also states that “We should voice our concerns against the Supreme Court verdict. It is also time for social groups and professional associations to clearly state their positions and demand a review of the flawed verdict.”

On this apparently contradictory views coming from the editor of official publication and last President, I would like to humbly ask,

Although you do not owe an answer to me, I feel that a clear stand will help many of us to understand the field better. As at present, homosexuality is a matter of national debate, a clear stand from Indian Psychiatric Society will help all the stakeholders as well as our national policy makers to form their opinion and decision.

Surely, Dr.Sharma has not said that homosexuality per se is unnatural as reported by TOI, but talking about it is.  However, the reporting by TOI about Dr. Sharma’s comment is going to cause a lot of distress among LGBT people and their family members.

Out of this concern, I would request The President, IPS to release a press statement if TOI has misreported Dr. Sharma’s comment or the comment made by Dr. Sharma is completely her personal opinion and IPS does not agree to that. If IPS chooses to endorse Dr. Sharma’s view, then I request the editors of IJP to rectify their editorial view.

Thanking you for your time and wish IPS all the very best.

Dear Sir,
Greetings.
Thanks for the information.
with ref to TOI article,I forwarded my response to e ips group that the view expressed by IPP was not the official view of IPS.Our Editor also responded to TOI by quoting previous articles of IJP.
Regards,
Prof.T.V.Asokan
President,
Indian Psychiatric Society