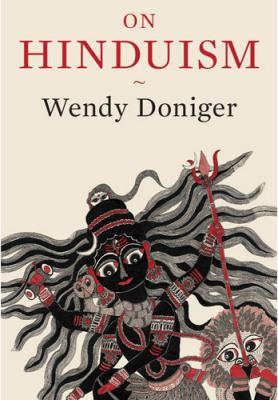 A previous article, making an earnest and anguished plea to recall alternatives in the popular imagination was posted on Nirmukta after the publishers’ recall of the Indian edition of The Hindus : An Alternative History by Wendy Doniger.

It now seems that it is not just alternative narratives that are under threat, but even quotes of ‘standard’ narratives that are being silenced. At the time of writing, On Hinduism by the same author faces recall and pulping. One of the ‘offensive sections’ in the book, as cited by the petitioners (from the report in the Outlook weekly here) is this:  Lakshmana… says, ‘ I don’t like this. The king is perverse, old and debauched by pleasure. What would he not say under pressure, mad with passion as he is? The king referred to in that piece of dialogue is Dasharatha, father of the deified Rama and his brother Lakshmana, the apotheosized paragon of fraternal conduct. The petitioners who apparently treat such deification and apotheosis as undeniable truth, are perhaps shocked at an attribution of such filial irreverence towards Dasharatha, the revered patriarch and head of the archetypal Hindu-Undivided-Family on part of Lakshmana, the foremost of the Ram Bhakts (devotees of Rama). The trouble is, the Sanskrit version of the Ramayana most commonly accepted as the original one, namely the version attributed to the poet-saint Valmiki of uncertain historicity, puts those very words in the mouth of Lakshmana:

C. Rajagopalachari, Indian independence activist, scholar of Indian classics and patron-saint of sorts for the Indian ‘centre-Right’, had no compunctions quoting other verses similarly unflattering to the patriarch, from the same chapter in his well-loved English retelling of the Ramayana, which can be read here. Even your enemies, O Raama, when they look at you begin to love you, but this dotard of a father sends you to the forest. It turns out that Lakshmana doesn’t seem to have been in a mood to stop with verbal barbs. Verse 12 of that very chapter goes “If our father with an evil mind behaves like our enemy with instigation by Kaikeyi. I shall keep him imprisoned with out personal attachment or if necessary, kill him.” This is not Doniger’s Lakshmana speaking, but Valmiki’s Lakshmana, if only those who claim to treat that retelling of the epic as their ‘scripture’ had been paying attention. Both Rajagopalachari and K M Munshi,  founder of the Bharatiya Vidya Bhavan which published the former’s Ramayana were in their time considered Hindu stalwarts and respected spokespersons of Hinduism. Those who self-identify as Hindus today, at least those among them who would like to consider themselves literate and liberal, must be gravely concerned about the precipitous fall in the quality of their spokespersons from those endowed with classical scholarship to bumptious demagogues and cultural protection-racketeers who make a mockery of India’s much-vaunted intellectual traditions.

So much for why liberal Hindus, whom I am told constitute a silent majority, must be concerned about the fate of The Hindus and On Hinduism. Why should humanists be concerned about the straitjacketing and suffocation of mythical narratives and retellings? Here’s a snippet from a conversation that might help understand what’s at stake here for anyone who values equity and diversity. In this section of a Tamil video made by members of Orinam, a Chennai-based organization for LGBT advocacy, a participant speaks of how  writings by Devdutt Pattanaik on homosexuality in Indian epics were a useful conversation-starter while coming-out to a straight friend interested in Indian lore. In a report of the Bangalore Pride Walk of 2013 published in the Nirmukta blog, one of the placards is quoted as asking “Our epics do not discriminate, why do we?” Well, it turns out that while the epics by themselves don’t lend themselves to a single discriminatory slogan and may on occasion even supply a humanist slogan, the Doniger-haters’ reading (actually ‘unreading’ and attempted unwriting) of the epics does indeed discriminate. Like the scriptural literalism afflicting the Religious Right in the US (conveniently selectively), what afflicts such ‘defenders-of-the-faith’ in India maybe called an epic litero-clasm, an infliction of iconoclasm on any  literature, however classical, that does not align with the palingenetic myth they are peddling and seeking a monopoly for. Their motto may well be “No listening. No story-telling.“, a more menacing variant of the grudging “Don’t Ask; Don’t Tell.“, and they seek jurisdiction and the last word over every town’s night-life and any bed-time story that departs from their revisionist ‘history’.

Be it Koushal vs Naz,  or Batra vs Penguin Books India Pvt Ltd., such unimaginative and inhuman readings of either Law or Lore, represent different fronts in the same larger struggle. The ‘defenders of the faith’ are ostensibly wielding legal and constitutional means, but relying on the unspoken, implicit and very palpable threat of orchestrated civil unrest. The threat is not vaguely implicit but has been manifested unmistakably in the past, be it a ransacking of an archive when a hagiography was revisited scholastically, or the vandalizing of art galleries when mythical motifs were reimagined. With such an intimidatory history and with colonial-era legal provisions by their side, such custodians of ‘normalcy’ are attempting, and alarmingly appearing to succeed, in an attempt at usurpation of cultural space and disinheriting anyone whom they consider not ‘normal’, of the slightest socio-cultural capital. This cultural disenfranchisement calls for a resolute resistance to enforced dourness and colourlessness with undimmed rainbows, and can begin with something as simple as Iranian youngsters celebrating a ‘pagan’ Nowruz in the face of the Ayatollahs’ strictures.

1a. Calling out selective literalism in Hinduism and Christianity during ‘conciliatory’ arguments with the religious
1b. Traditions of LGBT acceptance in Shramana traditions, notably Jainism
(Ravichander R speaking at Thinkfest 2014, Chennai)

2. Sculptural references to homosexual activity in shrines
(and why such shrines and epics are of interest to humanists)
(S Anand speaking at Thinkfest 2013, Chennai)

This essay was originally posted in the Nirmukta section of the Free Thought blogs.

Hailing from Chennai and raised in Mumbai, Arvind Iyer is (as of March 2014) a graduate student at the University of Southern California working in the broad areas of Computational Neuroscience and biological visual processing. In recent years, Arvind has been benefiting from an ongoing learning process of 'cluing in' to LGBT rights and other civil rights causes thanks in large part to fellow secular humanist bloggers at Nirmukta, and is hopeful of paying it forward.