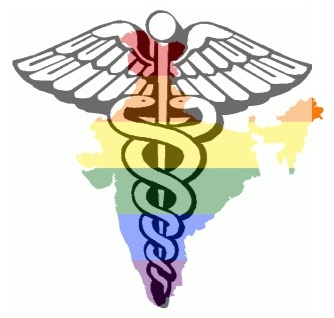 Preface: In activism, as in science, results are rarely attributable to a single event or person.  In the case of the Indian Psychiatric Society’s public statement on homosexuality, it is likely that many events and activist efforts resulted in this response: media coverage of homophobic statements by Immediate Past President Dr. Indira Sharma that provoked public outrage, the protests by IPS members and resignation from IPS of psychiatrists in Kolkata in protest against IPS’ not taking a public stance, the dissemination of results from a Samapathik Trust survey carried out at the IPS annual meeting in Pune last month, and ambiguous messages carried in a ToI interview of the General Secretary in Visakhapatnam that elicited further communication to IPS.

Many individuals, LGBT and heterosexual, health professionals and lay persons, have written to the IPS and to the World Psychiatric Association (WPA) seeking public clarification of their stance.

We reproduce below one such letter, written to the President, World Psychiatric Association on Mon, Feb 3, 2014, three days before IPS made a public announcement of their stand. We also present the follow-up responses from WPA and IPS.

We invite other individuals and groups who have made similar interventions to share them for the public record, to enable us archive these moments in the history of LGBT activism in India.

We write to you as scientists, professionals and concerned individuals who are members and allies of the lesbian-gay-bisexual-transgender communities in India.

We are deeply concerned by the homophobic remarks made by Dr. Indira Sharma, Immediate Past President of the Indian Psychiatric Society and current President (as per IPS website http://www.ips-online.org/) of the SAARC Psychiatric Federation. At a panel discussion on homosexuality and Section 377 that was part of the recently concluded 66th Annual National Conference of IPS held in Pune this January, Dr. Sharma, who is a child psychiatrist, termed homosexuality as unnatural, and followed this up with comments to a leading national daily newspaper stating:

“The manner in which homosexuals have brought the talk of sex to the roads makes people uncomfortable. It’s unnatural. Our society doesn’t talk about sex. Heterosexuals don’t talk about sex. It’s a private matter,”… “There are some who are comfortable, but there are many who are not. The latter should realize they can get help (from psychiatrists). Some of them may even be able to change their orientation,” Sharma said. She added that those comfortable with their orientation should be made aware that their behaviour was causing a lot of uneasiness in society.  – Homosexuality is unnatural, leading psychiatrist says [Iyer, 2014].

Our concerns around her statements at the conference and to the press stem from the following:

(i) Dr. Sharma’s views – coming from a child psychiatrist –   go against the grain of current scientific and psychiatric opinion, can cause immense harm to potential clients, and will infuse false hope among parents and family members of lesbian, gay and bisexual children that homosexual orientation is responsive to medical intervention. It has been well documented that anxious parents in India drag their children to psychiatrists to “cure” any symptom of gender-nonconformity or homosexual behaviour, and there exist several unscrupulous clinicians who use everything from anti-depressants to electro-shock therapy to try and reduce the clients’ same-sex desire [Chandran, 2013]. We are apprehensive of the potential harm to the mental health LGB youth that is likely to result from her statements.

(ii) As a spokesperson of the Indian Psychiatric Society, Dr. Sharma’s opinions run counter to the Society’s views as articulated in compelling editorials by Professors Rao and Jacob in the official journal Indian Journal of Psychiatry, in which the authors argue for psychiatrists to understand homosexuality as just another variant of human sexuality, and to desist from attempts to change sexuality [Rao and Jacob, 2012, 2014]

(iii)  As the SAARC Psychiatric Federation, of which Dr. Sharma is reportedly the President, is affiliated with the World Psychiatric Association, we believe her publicly aired professional views do major disservice in misrepresenting psychiatric opinion on the issue, jeopardising WPA’s mission to advance psychiatry and mental health across the world.

(iv) In the current Indian socio-legal context,  our LGBT communities are struggling to sway the obsolent colonial legacy that is our sodomy law in the direction of justice, by battling the Supreme Court verdict on Section 377. Notwithstanding the fact that a team of mental health professionals has filed a review petition urging the Supreme Court to reconsider its decisions, we fear that front-page newspaper pronouncements of the kind made by Dr. Sharma risk fortifying popular prejudice with the appearance of scientific support – which is both false and misleading.

Out of this concern, we wrote a mail to Indian Psychiatric Society and the present President has clarified via email  that Dr. Sharma’s view is her own and the society does not endorse it [Orinam, 2014]. However, we are yet to see a public statement or press release to this effect.

We are thus writing to you in hopes that WPA and SAARC Psychiatric Federation would consider taking a public stand on the ‘naturalness’ of homosexuality and on “curative”/”reparative” therapy, and that such a stand is made available to the public and LGBT communities in India. A letter to the Editor, TOI, or a statement in a professional journal, bulletin or website,  will help a lot.

Postscript: We reviewed an immediate response from the WPA President-Elect stating that he has “forwarded it to the WPA secretariat so that this can be discussed at length at the next Executive Committee. These matters are led by the President of the WPA, Professor Ruiz, who is aware of the situation.” Professor Bhugra further suggested the petitioners  write to the President of the Indian Psychiatric Society and Chair of the Medical Council of India.

A follow-up letter by Dr. Majumder to the IPS President, on  February 5, 2014, following the General Secretary’s TOI interview, fetched the following response “We will be stating IPS statement soon (before evening). Thanks for the mail.I am sure that the prevailing issues would be sorted out.”

On February 6, 2014, the IPS official statement was released.