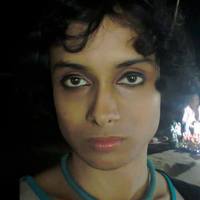 Now that the seemingly universal euphoria has died down a bit, I thought of trying to consolidate my somewhat mixed feelings regarding the Supreme Court judgment on transgender recognition and rights. For starters, it is wonderful to see how much of a boost it has been to many people in our community (by which I mean trans* and gender variant people broadly), and I hope that it lives up to the promises that many of us have seen in it. Hopefully, at least some constituencies like Hijra clans/gharanas are going to get some concrete benefits out of this. As for other implications of the judgment, I, in conversation with some of my trans/kothi/hijra friends and sisters, sensed both possibilities and dangers, which I try to lay out briefly as follows:

a) It is good that the judgment recognizes ‘transgender’ broadly to encompass various prominent regional and trans-regional communities/identities like Hijras, Kothis, Aravanis, Jogappas, Shiv Shaktis, etc., (pgs. 11, 56, 109, 110), and also at least *tries* to recognize the diversity and variety in these communities, which may not conform to a singular pre-set idea of what being ‘transgender’ means. This means that potentially it could serve as a strategic tool to advocate legal rights for and counteract gender/sexuality-based discrimination against a range of persons and communities, including gender variant LGB people. However, as several people have already pointed out, trans men and trans masculine spectrum people are mentioned far less (only on pgs. 35 and 61 so far as I could find), and one wonders whether the benefits of the judgment will reach out to them as much. Already in the media coverage, one can see how it has been largely taken to pertain to Hijras and their recognition as a ‘third gender’; and at several points the judgment almost conflates ‘transgender’ with ‘hijra’, e.g. the repeated use of the phrase ‘hijra/transgender’ (pg. 128).

b) That brings me to the question of gender identity and recognition. The judgment has been much lauded for upholding “transgender persons’ right to decide their self- identified gender”, whether as male, female or third gender/transgender, and for asking states to grant such legal recognition (pg. 128) – without mentioning a requirement for surgery or hormones at least at that precise part of the judgment. However, the judgment is very unclear, confused and even conflicted on the procedures for granting such recognition, and contradictorily veers between gender self-determination and biological essentialism. At one point it cites the Argentina model which allows for self-identification without requiring medical certification, a model which has been lauded by many trans* activists. Yet at other points it seems to suggest that ‘psychological tests’ would be necessary (pgs. 45, pg 84), which is potentially very problematic given the constraints of how diagnosis of gender dysphoria works in psychiatry and medicine, as it is often based on binary and linear models of identification, which works for some but not other trans/gender variant people. At one point it even seems to stipulate the biologically essentialist requirement that surgery to change ‘physical form’ would be necessary for recognition as (trans) male or female, even if not for ‘third gender’ (pg. 108, “we are of the opinion that… a person has a constitutional right to get the recognition as male or female *after SRS*, which was not only his/her gender characteristic but has become his/her physical form as well”, my emphasis.) Since it passes the onus for legal identity recognition on to central and state governments, it seems likely that different states will interpret it in their own ways and will fix the procedures that they deem fit, which probably means that procedures will be haphazard, will vary between states, and that there will probably be quite a bit of gender policing by state bureaucratic mechanisms (determining who can be third gender, who can be recognized as transitioned male or female, etc.) – and requirements like surgery and hormones might well come back (which are unavailable to many trans* people, and many don’t want them). This also means that trans*/gender variant people will have to negotiate various bureaucratic mechanisms and arbitrary rules regarding gender recognition in order to get the legal i.ds they would likely need to access welfare measures like reservations in jobs or education.

c) Lastly, continuing on the topic of procedure, on page 129 the judgment defers to the Expert Committee constituted by MOSJE (Ministry of Social Justice and Empowerment) for suggesting measures and recommendations, which probably means that the MSJE report  will provide the concrete procedural guidelines that are missing in the SC judgment. Now, the MOSJE recommends on pg. 34 of its report that ‘Certificate that a person is a transgender person should be issued by a state level authority duly designated or constituted by respective the State/UT’, and these state-appointed committees will comprise a psychiatrist, social worker, two transgender representatives, etc. Again, this suggests that the “transgender persons’ right to decide their self- identified gender” as male/female/third will not be accessible easily after all, and will be subject to the requirement to ‘prove’ one’s gender identity to the bureaucracy as per its rules – the MOSJE rejects the simpler option that one could just submit affidavits by oneself and one’s friends as proof of one’s sincerity and honesty in declaring their gender. Again, this suggests there will be quite a bit of identity policing, and requirements like surgery/hormones may return especially if one wants legal recognition as the ‘opposite’ gender. Also, as my friend and sister Sumi (secretary, Moitrisanjog Society Coochbehar) pointed out, there will probably be a lot of petty politics and cut-throat competition regarding which transgender people get to be on these certifying committees, and people will probably accuse each other of being ‘fake hijras’ or ‘part-time TG’ and thus not really transgender, and so on, just like what has already happened in the case of TG funding in HIV-AIDS. But these are some inevitable perils of the biopolitical recognition of identity as the basis for rights and citizenship; one can only hope that the political horizon of trans*/hijra/kothi/FTM/butch (etc.) communities will hopefully go beyond such biopolitics, even as we stake our rightful claim to identity-based rights and recognition.

For more analyses of the NALSA vs. Union of India 2014 judgement, visit http://orinam.net/resources-for/law-and-enforcement/nalsa-petition-tg-rights-india/

Aniruddha Dutta is an Assistant Professor in the departments of Gender, Women and Sexuality Studies and Asian and Slavic Languages and Literatures at the University of Iowa. Dutta’s current research project examines how insti- tutionalized gender/sexual identity politics in India challenges, reconfigures or reproduces structural hierarchies of class/caste and unequal access to citizenship.