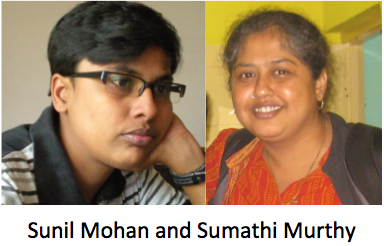 Congratulations to Sunil Mohan, who, with Sumathi Murthy, has authored the monograph ‘Towards Gender Inclusivity: a study on contemporary concerns around ge

The monograph, which the authors describe as activist scholarship, eschews the ‘case study’ approach which posits a division between the researcher and the subject. Instead, it is based on thoughtful interactions among the authors and queer female-assigned-at-birth individuals, and reflects on such issues as patriarchal norms within our queer and trans* communities, the politics of self-identity,  and how  the women’s movement and legal systems view gendered violence. It raises concerns and recommendations that make it vital reading for organizers from LGBT and women’s movements, those intervening in crises,  and those advocating for legal reform and social protection for trans* and other sexual/gender minority communities.

‘Towards Gender Inclusivity’ is edited by Alok Vaid-Menon, with a foreword by Kalpana Kannabiran, and is published by Alternative Law Forum and the LesBiT community support collective in Bangalore. Read along with LABIA’s recently published research study ‘Breaking The Binary‘ , this work demonstrates that trans-inclusive feminist and queer politics are both possible and necessary for our social justice movements in India.

A pdf of the monograph may be downloaded here.