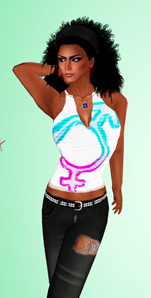 Over the last few months, I’ve been thinking seriously about surgery. Here’s the thing – I haven’t even begun hormones, so considering, or even thinking about surgery  at this point, isn’t exactly productive or useful. But then, I suppose many trans people have to think of it at some point, and I have too.

I have always been afraid of needles, stitches, surgery and knives. Even as a kid. My clumsy flat-foot+awkward height made me fall quite often, needing stitches at least once in three months. Never have I had them. Just can’t. I’d ask the doctor to just put a bandaid or something, and I’d go home clutching wads of cotton to help stem the blood.

Secondly, unlike a lot of other transwomen, I do not have a particularly hateful relationship with my penis. I’ve been ashamed of it, yes. I’ve considered alternate realities where I was me, without the penis. I’ve fantasized a lot of having a vagina and being able to “receive sex”, as one transwoman I spoke to put it.

TMI maybe, but my penis is really really small. I’ve never had a bulge, despite the tightest trousers I’ve worn. I know some people hate that term, but as the porn-industry puts it, I think of my penis as a large clit.

This year has been brilliant for me. I’ve come out to a lot of my friends, have managed to overcome some serious depression, and have found some amount of peace. This has helped me learn, explore and define my gender and politics a lot. I think I am gender fluid. I am transgender. I would like a female body (as that would give me greater personal happiness) but this does not require me to undergo any sexual reassignment/gender-affirming surgery.

In the back of all this is also one teen-early adulthood desire to be a trans-porn actress. Right.

Given all this, I think surgery may not be what I most desire. Hormones, absolutely. Every day I have to shave, every day I am perceived as a man is hurtful. Every day I look at myself and see a man in the mirror is debilitating.

I cannot wait to be seen as a woman.

However, I do think there is value in surgery for aesthetic reasons. For one, there are a bunch of scars on my face which I don’t like at all. I would like to lose them. There are also varicose veins and badly healed burns on my leg – the veins probably a result of Klinefelter’s syndrome, the burns because of a road accident – that I’d rather not have at all. So cosmetic surgery = yay.

I don’t think I want breast implants. For one – I already have a bit of boobage. Secondly, delicious estradiol/ estrogen is going to give me sufficient growth, I think. But, if I – at a future point – decide I need larger breasts, I have no compunctions getting implants.

I think my, um, balls are ugly. They perhaps give me the most pain, and are quite hard to tuck away. So for that, and that reason alone, will I consider having surgery. It’s more a question of aesthetics and comfort than sex/gender confirmation.

I think I wouldn’t mind having both a “penis/clit” and a vagina.

Nadika is from Chennai. She is tall, dark and…has advanced degrees in history. Nadika has Kleinfelter’s syndrome, an active Second Life avatar, and many roles in Life itself. She writes and edits for a living, and shoots photos and documentaries when she can.